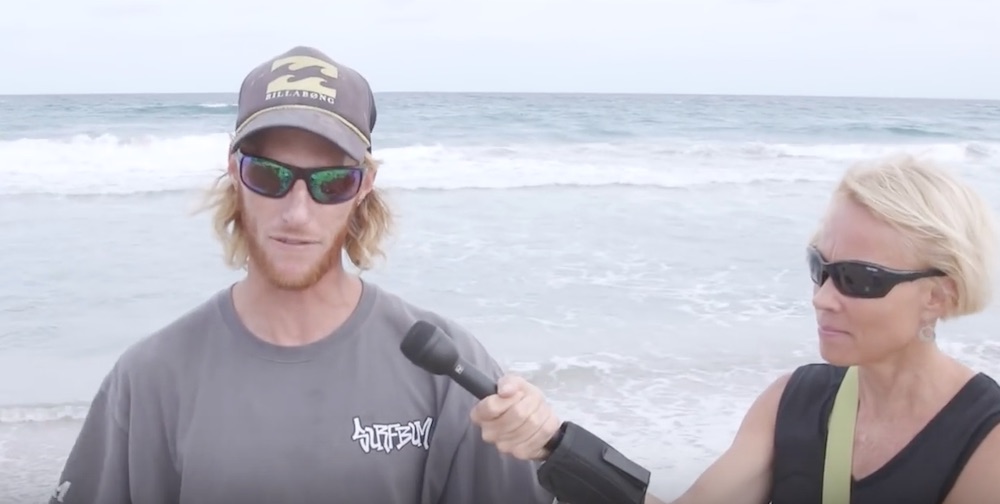 Is this guy an asshole or what?

Over in Florida’s Ocean Reef Park, a surfer named Allen Engelman was surfing in the sea when he came across a seven foot spinner shark that bit his hand.

Engelman was able to detach the shark from his hand and fend it off, but there was a lot of blood and pain on his part, including a trip to the hospital and fifteen stitches – which probably doesn’t come cheap in America. Engleman wanted revenge.

He’s a commercial fisherman by trade, so he returned to the beach the day after determined to catch himself a shark – and preferably the same one that bit his hand. And that’s exactly what he did.

Although there’s no way to confirm that the shark he caught was the same one that bit him, Engelman seemed pretty happy with the fact that he had got one and went to cook it up real nice and eat it. Check out the TV spot below:

I can’t really decide if this is completely messed up behaviour or completely fair. I’m not exactly a biblical kind of guy but we all know the saying ‘an eye for an eye’ and to be honest I would be pretty pissed off if a shark bit me and would probably want to do something to get it back if I could

I’m not sure if catching a shark (not necessarily the same one) and eating it is the correct response though. For one thing it’s not exactly an eye for an eye – the shark is now dead after you’ve eaten it and you’ve just had some stitches – and another that the shark was probably acting in what he perceived as self defence with this surfer floating around in his hood.

It doesn’t help that Engelman comes across like a complete prick in the video too, who seems to have the sole intention of messing with sharks with the same cold blooded ruthless efficiency that a hitman would go about killing one of his victims. I’m going to go with him being an asshole.

He probably should have just worn the shark deterrent wetsuit, that would have stopped this situation from happening right at the source.