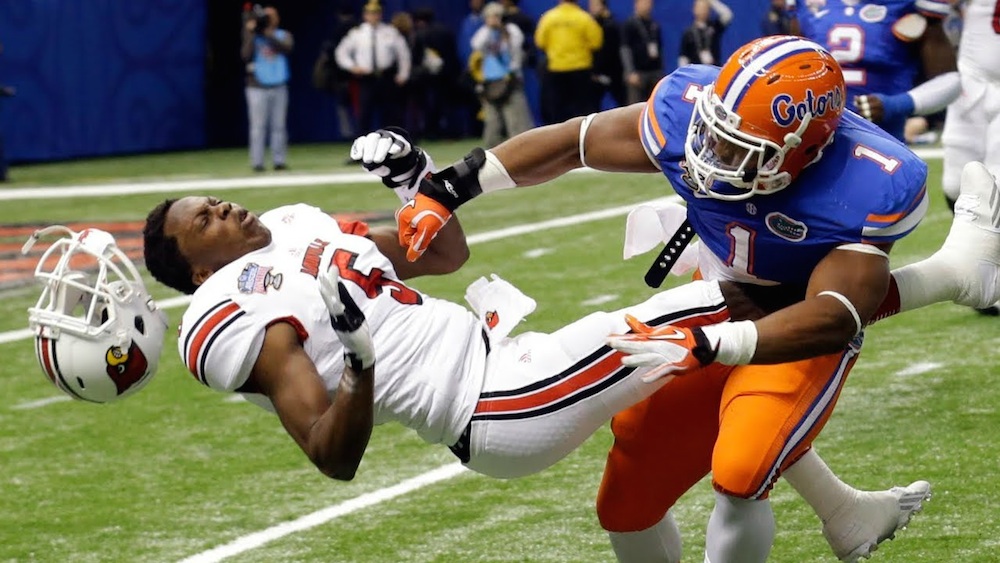 American football is set to return to our screens next week, and in order to get everyone pumped up for it here’s a supercut of some of the best and most brutal hits in NFL history.

Apparently some of these hits are so savage and vicious that they would actually be illegal in the modern day interpretation of the sport, and whilst it is a bummer that we won’t be seeing anything like that this season, it’s still great to relive some of these bone crunching moments. The absolute best thing about the video though is that the guy who edited it has cut it to that stupid ‘Here Comes The Boom’ song and every single time it says boom it’s synced up perfectly with a massive hit. Absolutely epic stuff.

Yeah, makes me kind of glad that I didn’t grow up in America and get forced to play that as a kid. Really awesome to watch other people get the absolute tar slammed out of them though, I’m sure you’ll agree.

If you enjoyed that, then check out bad lip reading’s offering from the 2014/15 NFL season.