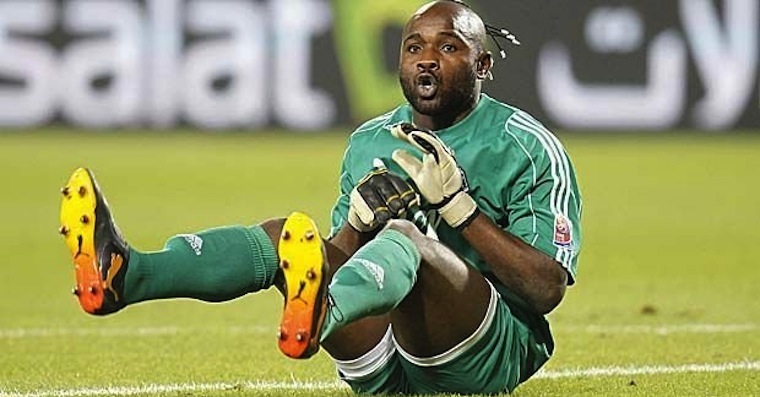 â˜› Check This Out Next: Top Premier League Goal Celebrations

The goal that was scored was part of the African Cup of Nations, and was the first goal of the whole tournament and happened after 210 minutes and 2 days worth of play, so no doubt the players were itching to bust out a crazy celebration. I bet everyone was just so insanely bored that they were celebrating the fact that the first goal of the whole tournament had been scored. They probably would have still celebrated even if the other team had scored against them.

Robert Kidiaba, the Congo goalkeeper is apparently well known for his signature weird goal celebration, which looks like a cross between a dog scraping its ass along the floor due to the excessive itching from its worms, and someone having an epileptic fit. Check it: