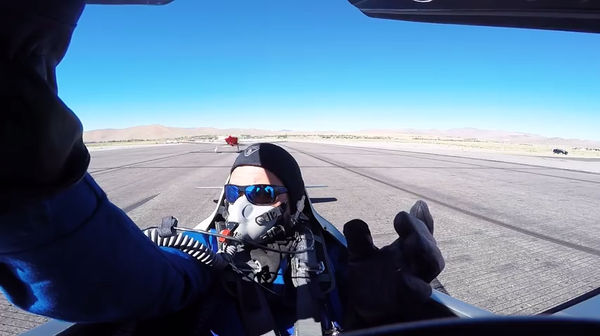 Talk about a near death experience.

A US stunt pilot who almost had his head taken off on the runway has posted the footage of his near-death experience online.

Thom Richard was preparing to take off in the Gold Formula One event in Nevada, only his engine started to sputter so he turned it off.

The three planes waiting to race behind him didn’t get the memo, and it nearly cost Thom dearly:

Well he’s utterly pissed off there and I dont’ blame him. Whose fault was that anyway? Did the fat guy who came waddling over really put the red flag up like he said he did? Were the other pilots not paying enough attention? Either way, I’m sure Thom will have his head on a swivel the next time he’s on the runway.

To watch an ice hockey player nearly decapitate himself with his own stick, click HERE.