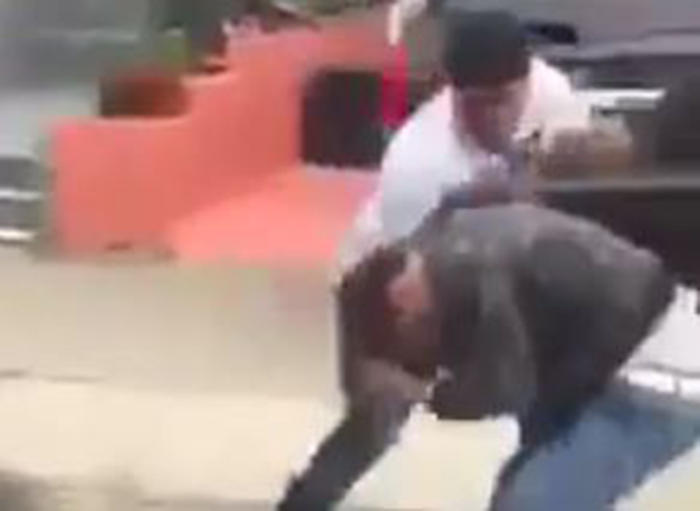 Is this guy the next Kimbo Slice?

Everyone knows that the best internet street fight videos are the ones that feature WWE-style moves working in real life – we’ve posted a whole bunch of them on the site over the years.

The would-be wrestler in this video though is a different level. Not only does he bust out a powerbomb with total ease, he then manages to chase some other guy away with his own baseball bat after disarming him.

We shall never forget! The music makes this video 10x better pic.twitter.com/yEm7QJOUFY

Not the greatest look bringing a baseball bat to a fight, and then ending up running away from another guy chasing you with it. What’s amazing though is how he didn’t immediately smash the guy with the bat when he had him against the car. I think he realised he probably would have killed him and had done these boys enough damage already.

Clear winner regardless. Just like the kid who pulled out a Swanton Bomb finishing move in another fight.