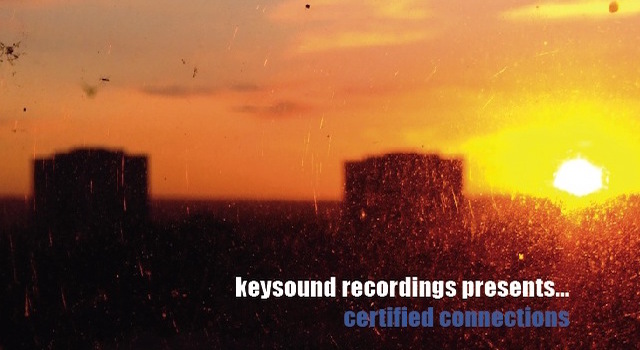 There aren’t many labels that have done more to push and expand the darker ends of UK club music than Keysound Recordings.

A forerunner of a genre of music that can’t categorically be placed in any pigeonhole, and a label that has pushed boundaries since it’s formation back in 2011. These guys have built up a ridiculous arsenal of releases from the likes of Wen, Sully, E.M.M.A, Etch, Beneath and of course the head honchos Dusk & Blackdown.

Set for release on Monday, Certified Connections gives us a 14-track taster of Keysound Recordings, featuring new productions from the likes of Logos, Wen, Murlo, E.m.m.a., Facta, and more.

Beginning with Logos’ beatless exercise in tension ‘Metropolis’ it moves through dark percussive 130 bpm rollage from Parris, Dusk + Blackdown, Aphix, Caski and Etch. Grimey influences begin to emerge via Wen, and the Sully remix of Balistiq Beats ft Riko, before an explosion of synths and colour from Murlo, DLVRY and E.m.m.a.engulf the scene. Finally the compilation curves back down into a more abstract plane with Facta, Epoch and emerging lyricist/producer Luke Benjamin.

This spirit of how Certified Connections was selected seemingly reflects the strength of solidarity and the unity of purpose around these artists right now: working within a darker (but sometimes colourful), rolling (but sometimes arresting) and bassier (but not without subtleties) space. “Keysound is home for me, and listening through the compilation the doors are wide open to welcome edgy new talent to the family,” said Wen.

Set to appear in CD, 2xLP and digital formats on November 24 (with certain editions to be accompanied by a special mixed version of the album by Parris), Keysound’s Certified Connections compilation can be streamed in full below.