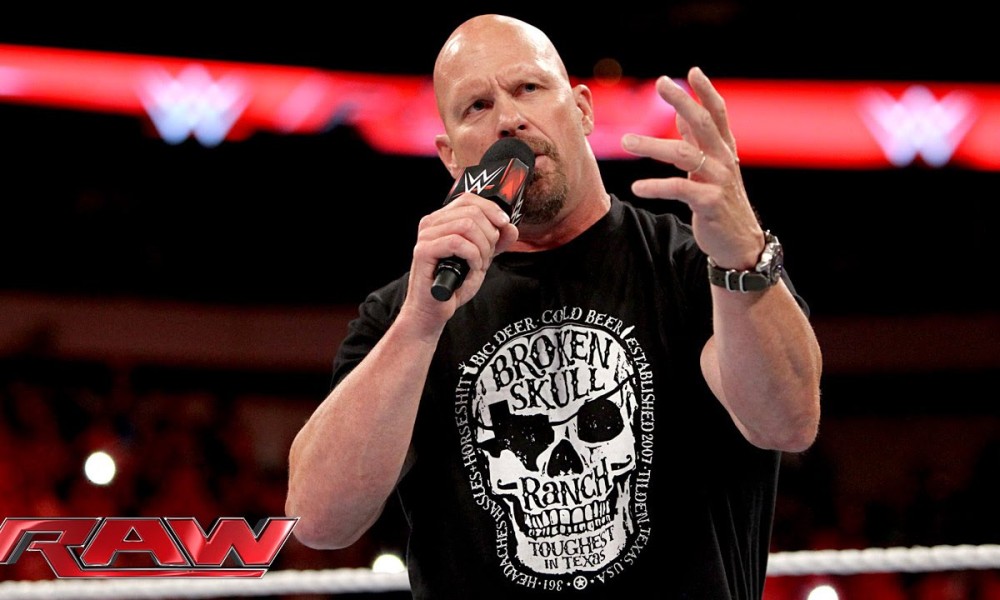 Back when I was growing up, I used to watch Raw every Friday night (yeah, it was on Friday’s over here back then) and every week Stone Cold and the Undertaker would be tearing shit up, normally by attacking Vince McMahon or Mankind or The Rock or something. Those really were the days.

I don’t really care for wrestling anywhere near as much as I did back then, but I’m a complete sucker for when someone returns and I just have to jump in and see what’s going on with it. Last night, those two wrestlers reunited in the ring for the first time in what seems like forever.

Yeah, I know the Undertaker is still an active wrestler on the roster (barely) but it’s a big deal when Stone Cold returns and an even bigger deal when the two of them are in the ring together. No, they didn’t end up squaring off (it was mainly a segment to promote Brock Lesnar’s appearance on Austin’s podcast. In the words of the man himself: ‘What?’) but it was still awesome to see the two back there. Check it out below:

Obviously the whole thing ended with Undertaker confronting Brock Lesnar – and Austin mysteriously disappearing without doing much when we all wanted to see him give everyone the stunner and sink a few Stevewiesiers – but like I said it’s still great to get the two of them out there again. Austin knows how to work the crowd like no other and when you hear that glass smash now it really is something special.

If you need any other reminders of how good the Attitude Era was, then check out these photographs from Mankind and Undertaker’s epic 1998 Hell In A Cell match.