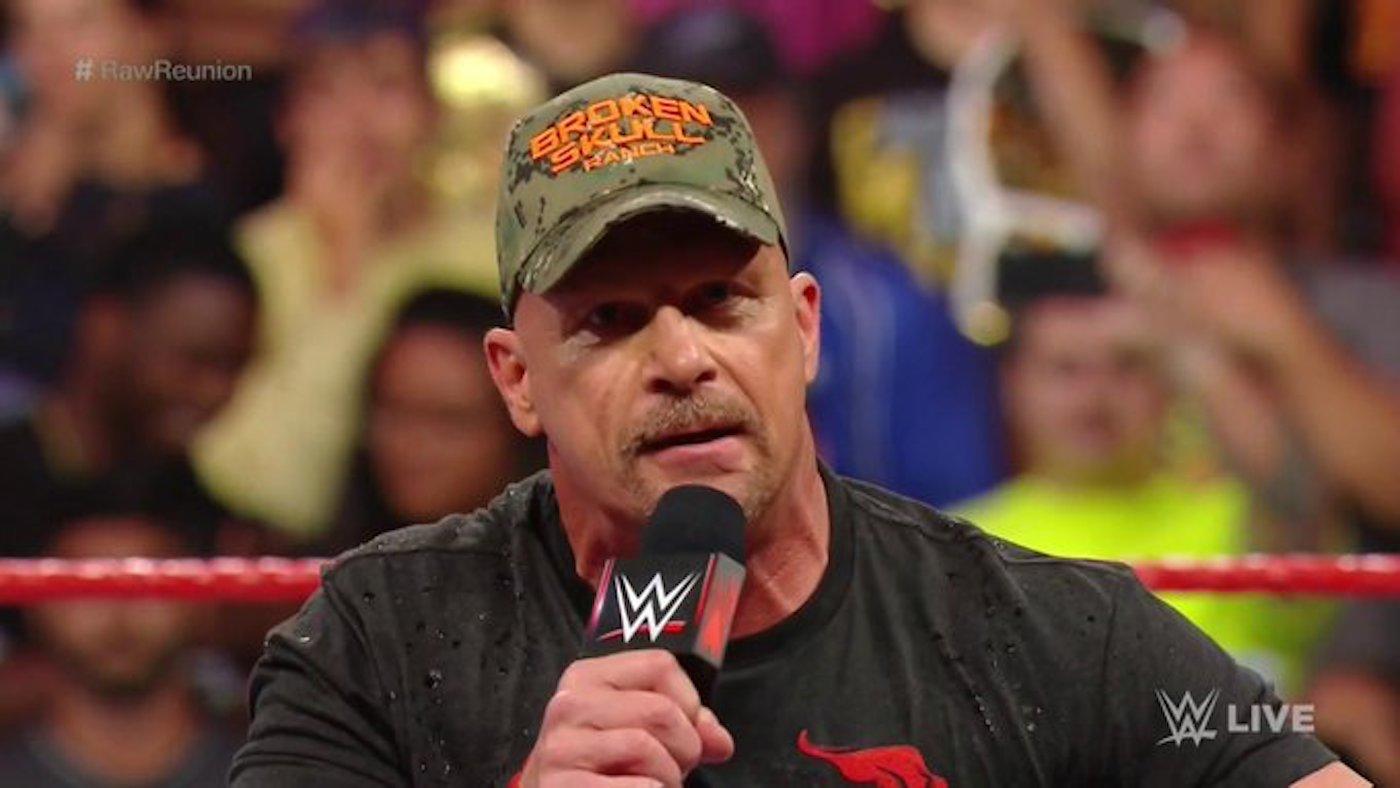 Pretty much everyone growing up in the late 90s/early 00s loved wrestling and loved Stone Cold Steve Austin and even though we might have given up watching it by now – well I mean you probably should have right? – it still gets us all interested when some of the old stars invade Raw for whatever reason.

Last night was another one of those occasions with a whole host of legendary characters from the years that Raw has been on the air, led by Stone Cold, Hulk Hogan and Ric Flair. Check out the segment below and be ready to smile your ass off at all your favourite people from your childhood/early adulthood:

Man I still get those chills when the glass smashes and Stone Cold is heading down to the ring and his speech was pretty heartfelt as well which was pretty awesome and emotional. Whilst it was kinda nice to hear that and see a bunch of people like Rob Van Dam, Mark Henry, The Hurricane, Christian and Kevin Nash all in the ring at once hanging out, but I know everyone was just waiting for him to Stunner everyone and I bet you’re just as annoyed as me that it didn’t happen. Maybe next time.

For more of the same, check him out giving the first ever Austin 3:16 speech right here. Legendary.