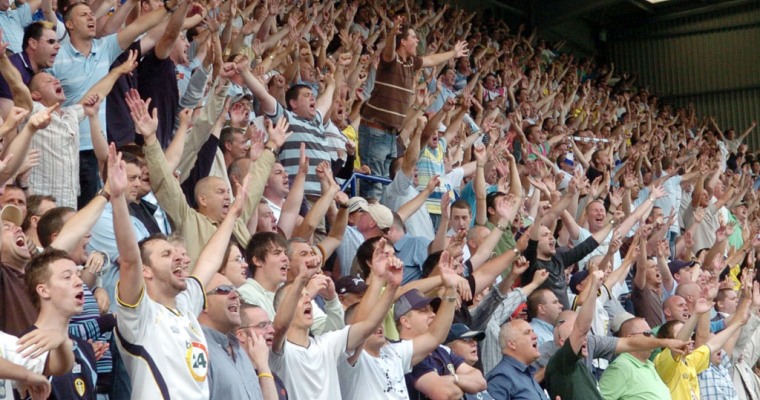 When I saw that this game was going to be shown on TV I knew where my armchair review would be coming from this week. The reason being just one man. Bartholomew Ogbeche. I waited with anticipation for the teams to be announced and was fuming when I found out he was on the bench. Bartholomew Ogbeche, to my mind, should be a contender for the Ballon d’Or every single year. Without Ogbeche on the field, added with the fact it was a match from the Championship, meant it was going to be a long, arduous battle to concentrate on the game.

In fact, three minutes in, the only thing of interest that I could tell you was that there were 87 minutes left to go. However, shortly after this, Leeds started to pick up the pace and were playing some good(ish) football. At one point, I was even thinking, ‘is this Leeds we are watching or Barcelona?’ The lack of end product (as well as the fact it was an English league game) told me it was Leeds.

A bewildering aspect of the BBC’s football coverage is their commentators persistence in talking up the quality of football in the Championship. This demonstrated when the co-commentator labelled Marvin Emnes a ‘real box of tricks.’ What triggered this response? He took one step inside a defender then shot (really) high and (really) wide. Championship football is average at best with the occasional moment of magic.

In the 18th minute we had the first goal of the game. Aidan White picked the ball up on the right hand side of the area who saw Robert Snodgrass steaming in at the edge of the box, he touched it to him, with the Scot hitting it first time, 20 yards out, with his weaker foot, the ball somehow squirming underneath the Boro goalie, Jason Steele. The keeper should have done a hell of a lot better than he did. If I had been the manager I’d have subbed him there and then and told him he’d lost his place for the rest of the season.

There wasn’t a great deal to talk about in the following 10 minutes, until Ross McCormack received the ball 30 yards out. He ran towards the Boro defence and played the one-two with Luciano Becchio. Becchio’s return pass was poor however and should have been dealt with by Justin Hoyte. The right back got in a muddle though and the ball found its way back to McCormack who squared to Becchio for the easiest of tap-ins. 2-0 to Leeds, Boro were having a nightmare.

It’s clear to see that Neil Warnock has already had an impact on the Leeds side. This, a team so accustomed to conceding cheap goals were really compact at the back, their defenders keeping a good shape and nullifying any attacking threat from Middlesbrough’s forwards. After only half an hour, Leeds were 2-0 up, I couldn’t help thinking, surely now is the time for Tony Mowbray to twist. He should’ve introduced Ogbeche there and then, but didn’t, and that is probably the reason why Middlesbrough didn’t win.