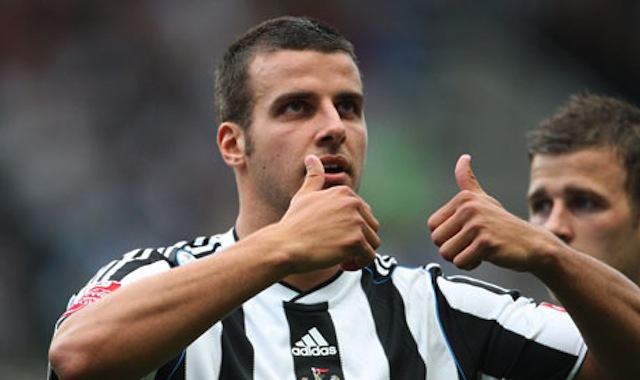 When will footballers learn to not be stupid and to not post racist remarks on Twitter? Hopefully never.

It’s obvious that this is just a bit of banter between teammates really, but it’s still spectacularly dumb for Steven Taylor to post something like this and not realise that everyone is gonna absolutely slate him for being a racist because it admittedly is pretty much racist in a Daily Mail esque kind of way.

Taylor basically tagged four of his black teammates from Newcastle alongside a picture of four random black guys smiling stating ‘it’s always good to see you guys smiling.’ I’m guessing the implication is that all black people look the same or something, which in no way is going to go down with anyone in the general public, except possibly racists.

You can see a screengrab of the tweet below, because Taylor sensibly deleted it after realising what a twat he was being: 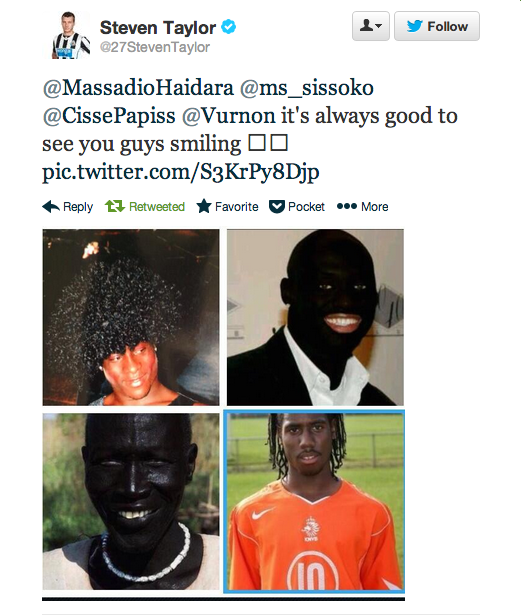 He also issued the following apology tweet, which was backed up by Massadio Haidara. When will footballers learn not to be idiots on social media? It always comes back to get you. Every time.

@27StevenTaylor Is Just Bander with Papiss , Moussa , Vurn’ and Me . He joke with me 2 min before .