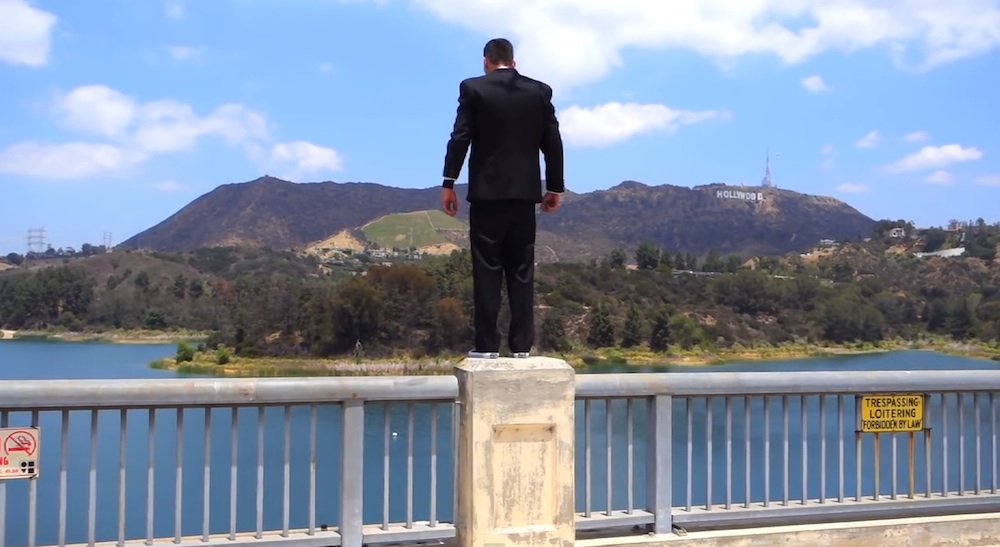 I’m not really sure what Steve-O’s been up to for the past few years since this documentary about him being a complete wreckhead came out – aside from that time that Stansa Stark kicked him in the balls of course – but if this video is anything to go by it seems like he’s back to his old tricks and might even be making a comeback.

There isn’t any context to it other than the fact that he’s just hanging out with Johnny Knoxville talking about how he wants to do a flip off this really sweet bridge he’s found near his house and that it’s going to be the biggest flip he’s ever attempted. Big news. He even gets a little scared before it and needs Johnny Knoxville to psyche him up for it – just like old times.

He then goes out and nails the 58 foot flip like he hasn’t been away at all. We can only hope that this is the start of more of the same from him.