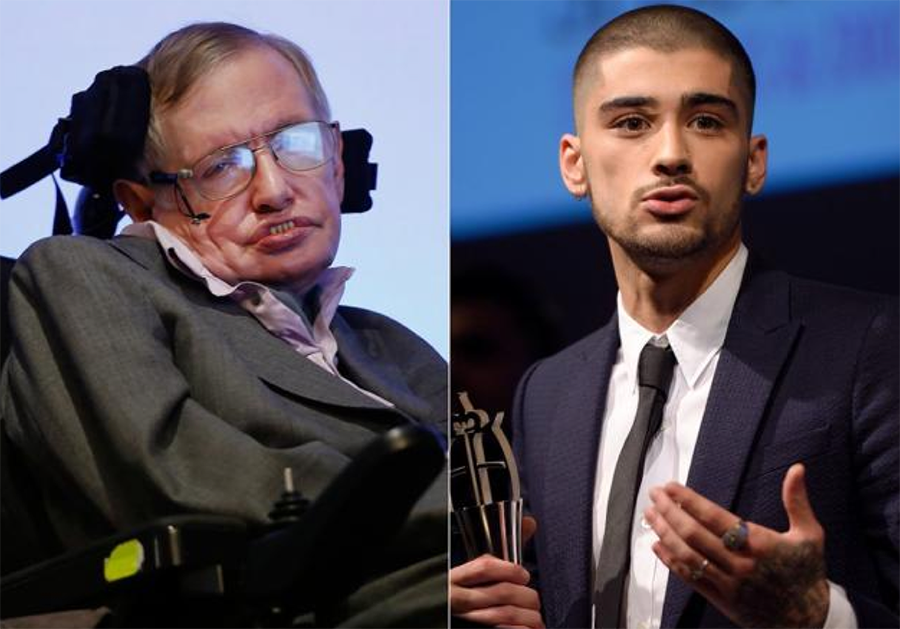 Stephen Hawking just answered the most important question of his career.

A 3D hologram of Stephen Hawking was beamed into the Sydney Opera House on Saturday for a talk about the mysteries of the universe, his diagnosis with A.L.S. and the future of the planet. One person however took the opportunity to ask about the cosmological effect of Zayn Malik leaving One Direction, to which Hawking had the perfect response:

What a guy. He could have easily brushed that question off but instead he not only answered it with SCIENCE but also cracked some jokes in there too. Such an inspiring sense of humour for a guy in a wheelchair who has to use a computer to communicate.

The alternate universes theory is also great news for us too, because now you know that no matter how shit your life is in this universe, you can rest safe in the knowledge that you’re absolutely crushing it in another universe. Sorted!

Hopefully this’ll put an end to those ridiculous One Directioner meltdowns we were forced to watch.