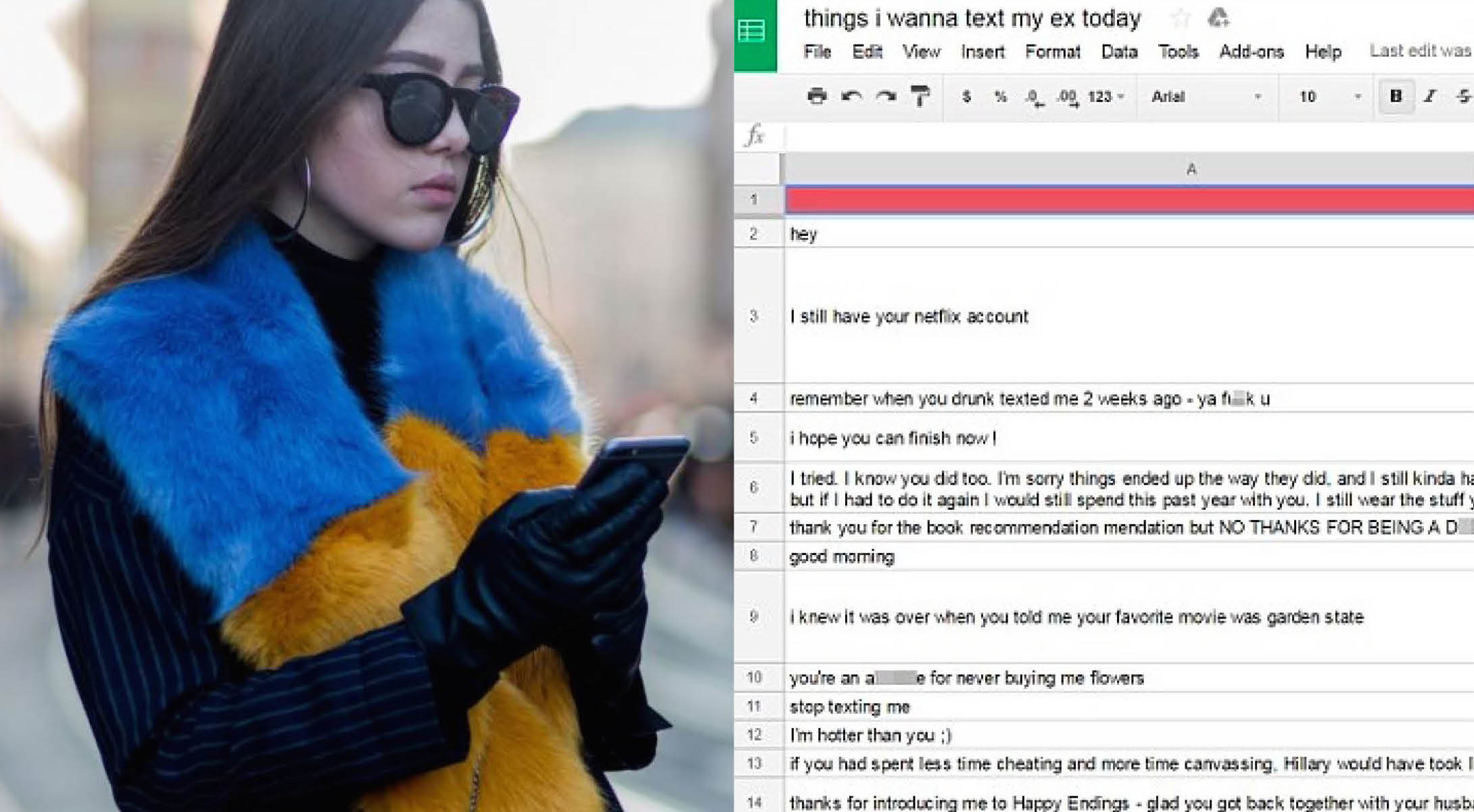 Some absolute classics in here.

Valentine’s Day is a particularly hard day when you’re single or if you’ve just split up with your significant other, but one guy named Sean Peter Drohan has tried to do something to help, and it’ll probably still help you if you’re reeling from a break up right now.

Drohan decided to set up a spreadsheet where people could anonymously leave the messages that they wish that they could send to their exes. It doesn’t really achieve anything, but damn it feels good to get it off your chest.

Drohan explains the concept below:

It was Valentine’s Day, and that’s a complicated day for people. So I was glad to make a little space for grief and celebration.

I had the idea while hanging out with a friend and made it on my phone, [it was] very spur of the moment.

Other people have actually come in and anonymously organised [the spreadsheet], added response columns, etc, and of course added all their text messages.

Check out some of the zingers below: 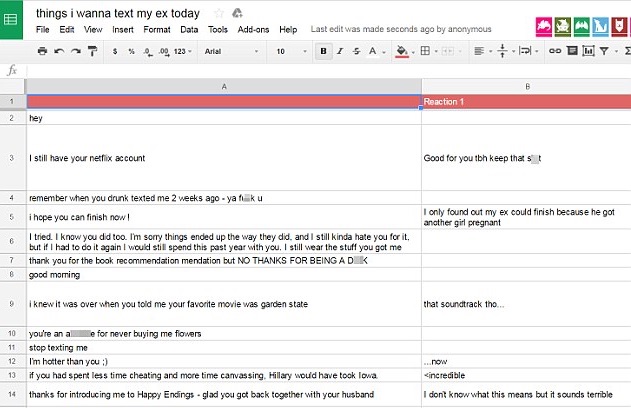 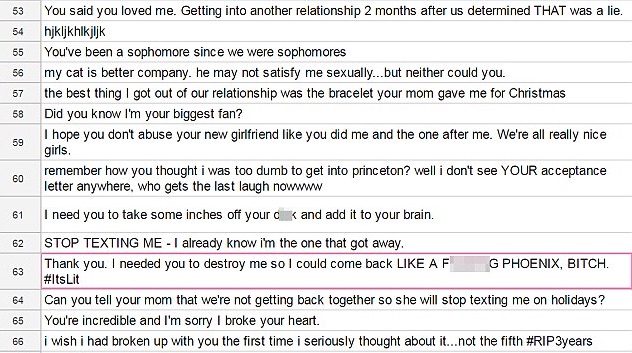 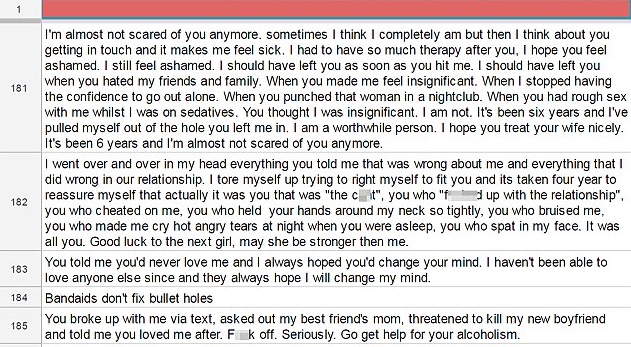 From the heartfelt to the emotionally draining, this seems like a good place for a lot of people to vent. Over 400 people have already left messages on the spreadsheet and it shows no sign of stopping. I suppose it isn’t surprising with the likes of Sick Chirpse Confessions and the Whisper app being so popular these days. People just love getting stuff off their chest, even if it is to nobody in particular.

For more of the same, check out last week’s Confessions. You guys are seriously messed up.