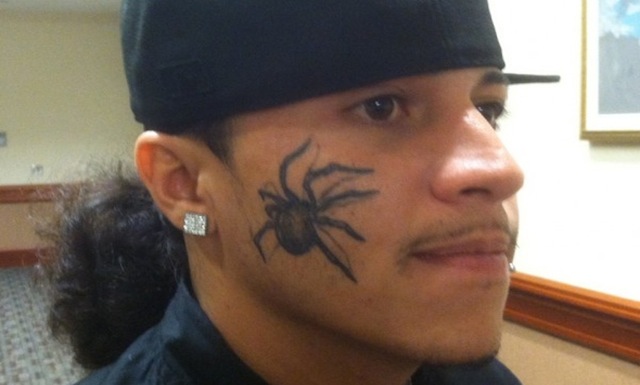 Complete idiot or a sneaky genius? This dude tattooed a spider on his cheek to overcome his fear of spiders. Did it work?

24-year-old Eric Ortiz tattooed a black widow spider on his face as a means  of conquering his fear of spiders, and though it seems like a completely ridiculous thing to do, the more I think about it the more I think Eric Ortiz might be a sneaky genius.

I’ll allow him to explain in his words:

“Everybody fears spiders. That’s why I got it. Just to, like, make me know, that that’s what I fear, but not to fear it. You know what I’m saying?”

Totally get you mate. Please, continue:

“Some people say ‘Why did you get it? You’ve never going to get a job’, some people say ‘it’s cool man’. The tattoo on the face, I would never get it but that one came out cool.”

Ok then. There you have it – it makes perfect sense. You can’t overcome your deepest, darkest fear until you get it tattooed on your face. If you didn’t know that before, you do now. Cheers Eric.

More Spiders: How Would You Catch This Huntsman’s Spider? 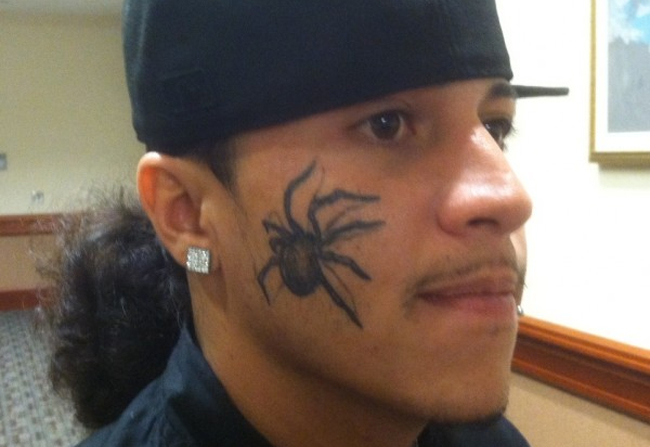