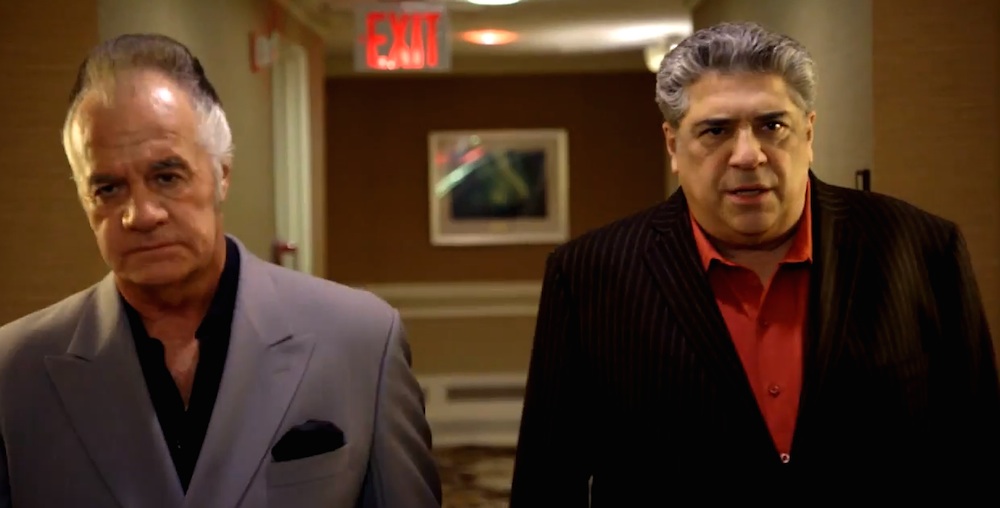 The Sopranos are back. Unfortunately it’s only for a two minute HBO promo skit, but man is it worth it.

It revolves around a guy called Jake Caputo who started a campaign for an HBO streaming service that didn’t involve a cable subscription back in 2012 called takemymoneyhbo.com. It received an overwhelming response from people on the internet and three years later it now exists.

In order to celebrate, HBO flew Jake into New York for an interview about the campaign – or that was what he thought. Instead he’s confronted by Paulie and Sal who literally take his money. Although it’s only two minutes long the wonderful interplay between these characters and their personalities shine through and make us forget what we’ve been missing for the past eight years since The Sopranos went off the air. Will there ever be another show like it?

If you still haven’t understood the ending then this should clear it up.