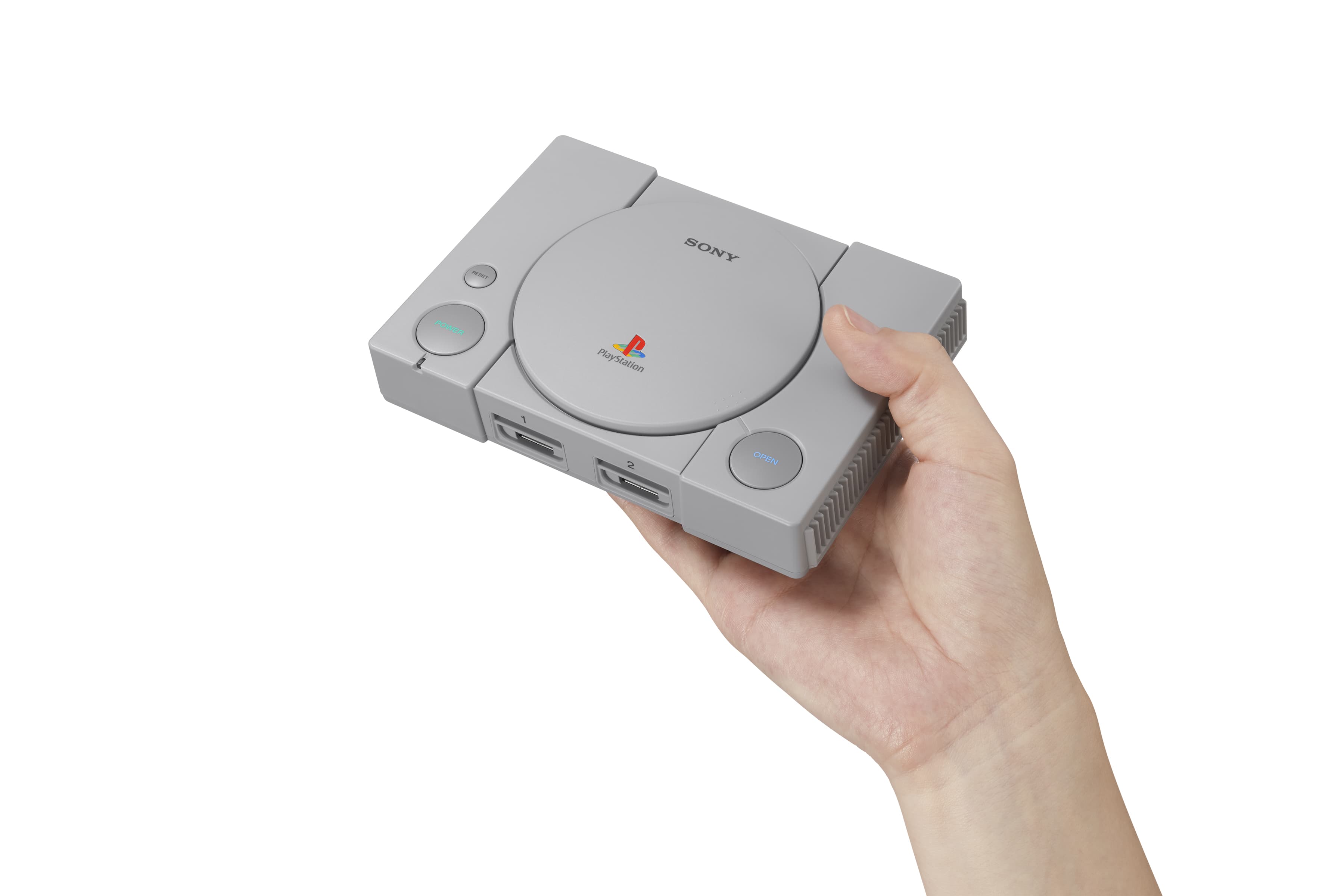 Need to order this now.

The trend of releasing mini versions of old games consoles with a whole bunch of their major games on them has been becoming more and more prevalent in the last couple of years with the releases of both classic version of the NES, SNES and Sega Mega Drive and predictably Sony have now got in on the act with the announcement that they’ll be releasing a Playstation classic with 20 games on December 3rd.

The Playstation Classic will set you back around £80 and come complete with 20 classic games on it, although only five have been announced so far:  Final Fantasy VII, Tekken 3, Ridge Racer Type 4, Jumping Flash and Wild Arms. The other 15 will be announced in due time in the run up to the release of the Classic, but I’m sure you can expect stuff like Resident Evil, Crash Bandicoot, Metal Gear Solid and Fighting Force to make an appearance as well.

Almost 25 years ago, the original PlayStation was introduced to the world.

Developed by then Sony Computer Entertainment, it was the first home console in video game history to ship 100 million units worldwide, offering consumers a chance to play games with real-time 3D rendered graphics for the first time in their own homes.

Long-time fans will appreciate the nostalgia that comes with rediscovering the games they know and love, while gamers who might be new to the platform can enjoy the groundbreaking PlayStation console experience that started it all.

All of the preloaded games will be playable in their original format.

I know a few people who still have their original playstation, gathering dust in the corner of the room while they wait for the games to become relevant again. This is the moment they’ve been waiting for!

Maybe not exactly the moment they’ve been waiting for but certainly one that a lot of people are going to enjoy judging by the success of the previous mini consoles. You probably wanna pre order one to make sure you get one as all the other ones have sold out like hot cakes. Be quick.

If you want to know more about the Playstation Classic then click here. There’s a couple more bits you might wanna find out about.