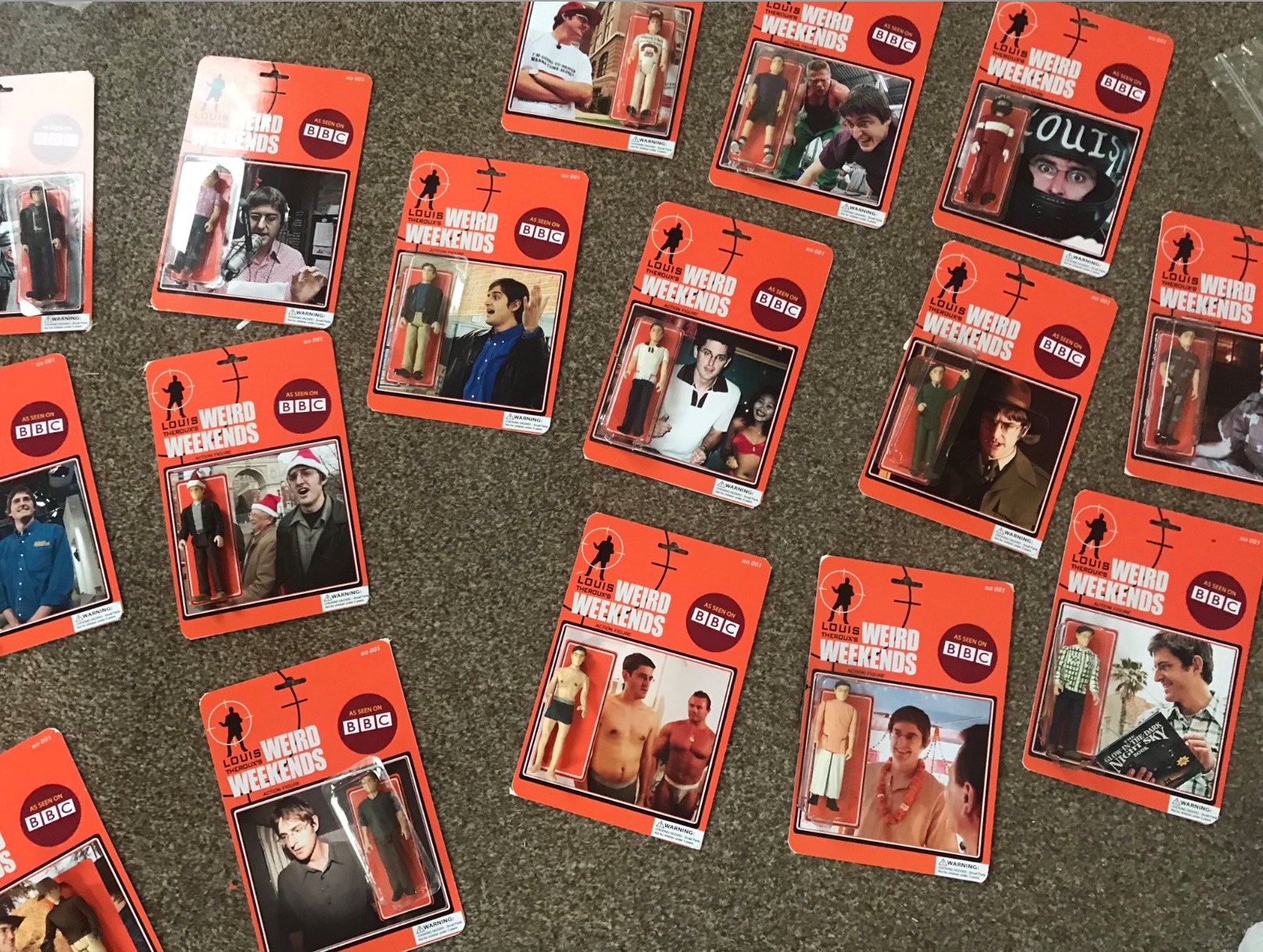 Someone sent me a meme the other day asking why guys in their 20s and 30s no longer had books on their bookcases, but instead preferred to have random weird action figures and stuff on their shelves and I had only one thing to say to them: it’s because there’s just so much cool stuff like that out there.

This has been proved yet again by some guy on Twitter called Mr Binky, who has decided to hand craft action figures of everybody’s favourite documentary maker Louis Theroux. The figures hark back to his first ever television show ‘Weird Weekends’, where he would investigate various strange subcultures like swingers, UFO enthusiasts, wrestlers and demolition car drivers.

Incredibly, Mr Binky has managed to create action figures of Louis for every single episode of the show and displayed them below on Twitter:

Closer look at the hardest figure to make from the weird weekends collection . pic.twitter.com/0lZT65AjyZ

OK, I know there were only 17 episodes of the show but it’s still pretty impressive for this guy to mock up that many of them.

Sadly, although there’s been a lot of love for the figures on Twitter – including from Louis himself – it seems like Mr Binky has no plans to mass manufacture them, instead putting them up for auction on eBay in the near future. I expect them to probably go for a pretty penny as well – after all people love putting dumb stuff on their bookcases these days and this fits the criteria perfectly.

For more of the same, check him out critiquing a bunch of Louis Theroux fan tattoos. Iconic.