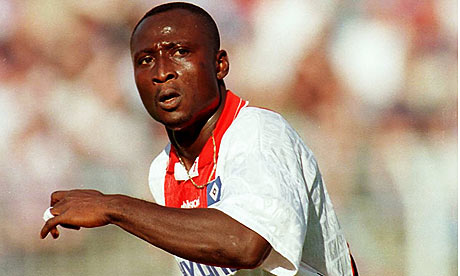 Every week we take a look at a footballing legend, and a new pretender 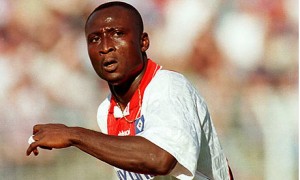 Every week here at Sick Chirpse we’ll bring you memories of a former great and a heads-up for a possible new one. Something old, and something new. 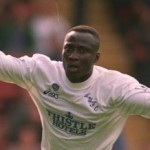 This week we’re remembering Ghanaian legend Tony Yeboah; a prolific striker renowned for his exquisite finishes, who played 59 times for his country and scored 143 career goals. Although he played the majority of his football in Germany, for Eintracht Frankfurt and Hamburger SV, he is fondly remembered for the seasons he spent at Leeds United in the English Premier League, where he scored some of the greatest goals in the competition’s history.

Here’s to remembering you, Tony: 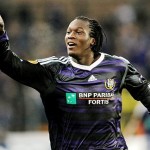 17-year-old Belgian striker Romelu Lukaku is creating quite a scene at Belgian Pro League Champions RSC Anderlecht. The 6ft 3in powerhouse has already scored 25 goals in 54 appearances for the club, mostly as a 16-year-old, and has 8 Champion’s League goals to boot. Already capped eight times for Belgium, in November 2010 he scored his first goals for his country, scoring twice in a friendly against Russia. He’s already signed a contract with Anderlecht until 2012, expressing his desire to remain there, but many high profile clubs in Europe are monitoring his progress and a move to the Premiership, at least eventually, looks very likely.  Keep your eyes peeled.