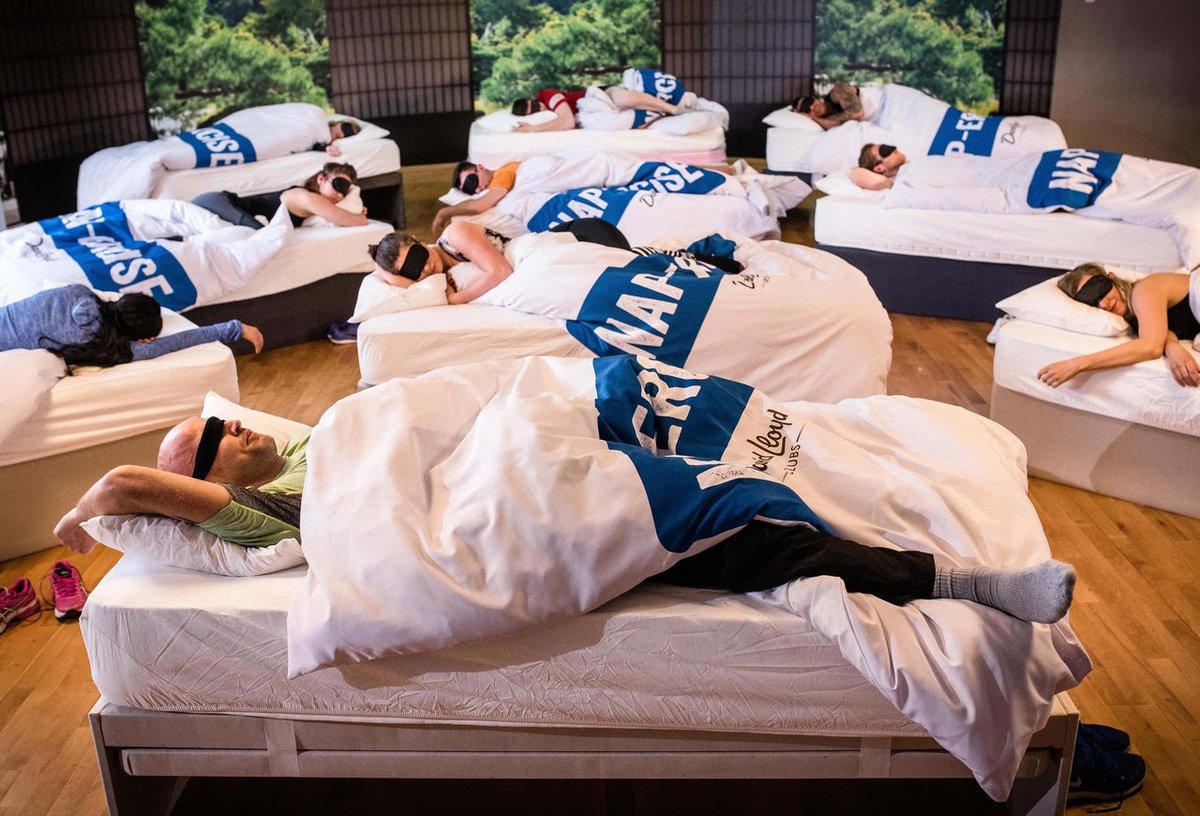 Going to the gym is great if you can be bothered, but for most of us it’s a case of “yeah, I’ll do it next time” before moving straight onto the pizza and beers.

David Lloyd are introducing a new class though that I think everyone who had long sworn off the gym might be interested in. It’s called Napercise and will literally involve a bit of stretching, then 45 minutes solid nap time and a bit more stretching to finish it off. Sounds like an absolute dream right?

Here’s the official statement and a promo video:

The frantic nature of modern life means that few of us seem to get enough sleep, and if you’re a parent, a good night’s rest becomes even more of a luxury.

So, we’re created a new group class – group napping classes for exhausted mums and dads to help boost their mental and physical wellbeing.

Our mid-afternoon studio sleep sessions is 45-minutes long and is designed to reinvigorate the mind, the body and even burn the odd calorie.

Kinda shitty that it’s only really for mums and dads, but I suppose if you were desperate to join in then you could just lie about it like Edward Norton does in ‘Fight Club’. Unfortunately, it’s only being trialled in Sidcup at the moment so it would also mean either moving or travelling there, which is probably going to be less appealing than lying about being a parent but hey, you can’t have it all I guess. If it’s successful – which it undoubtedly will be – David Lloyd is planning on rolling them out nationwide. That’s the time to check it out.

For more napping, check out the fact that scientists are encouraging their bosses to let their employees nap during work. Come on guys, get with the programme.