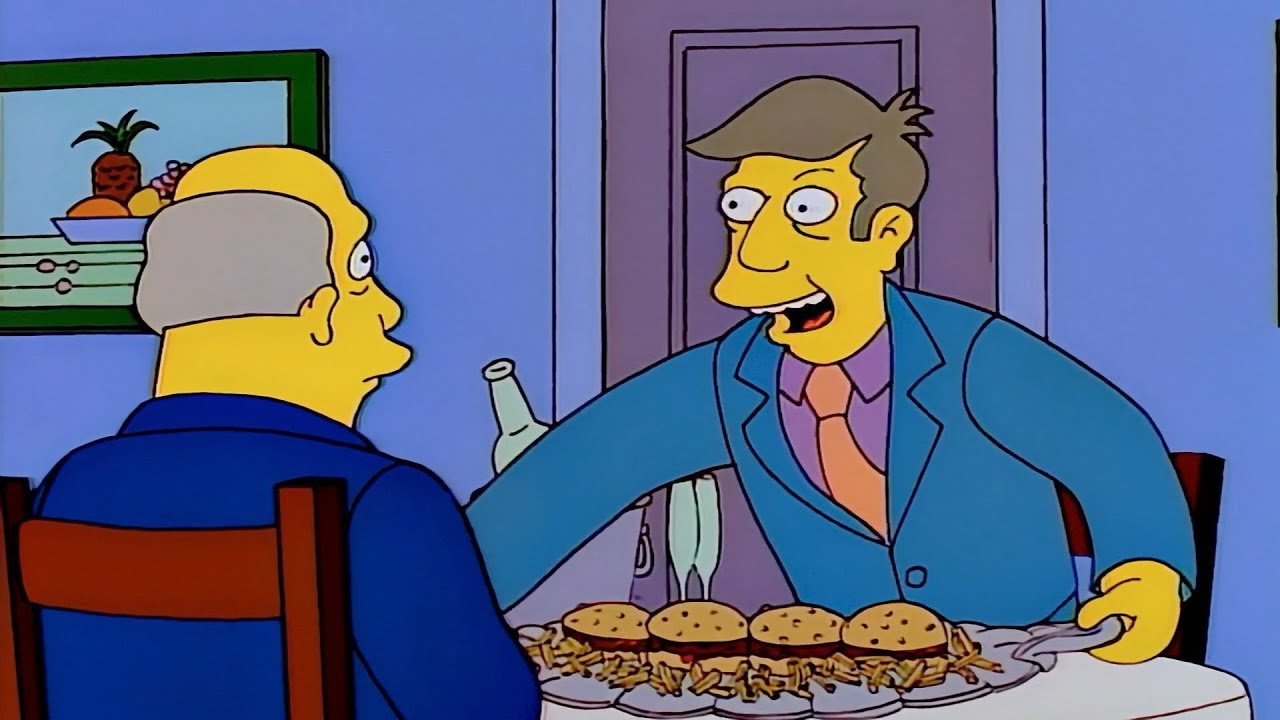 The internet is a weird place.

Sometimes you see something on the internet and you just can’t comprehend why someone would ever have even contemplated making it but are super glad that they did because the level of bizarreness is just absolutely hilarious.

The latest one of these to come across my radar is a mashup of the classic Principal Skinner/Superintendent Chalmers skit about steamed hams with Green Day’s classic punk rock anthem ‘Basket Case’. Of course, it doesn’t quite fit in time to the song, so whoever made it has decided to have them all talk in vocoders to make the whole thing even weirder and more brilliant.

Wow. That really was something else huh? To the point that I’m not even sure what I’ve been watching but I’m probably going to show it to as many people as I can to see just what the hell they make of it. I doubt anyone will really be able to do anything with it though because it’s that creepy and screwed up. So it goes.

For more of the same, check out this dance remix of Jeff Goldblum’s laugh in Jurassic Park. Beyond strange.