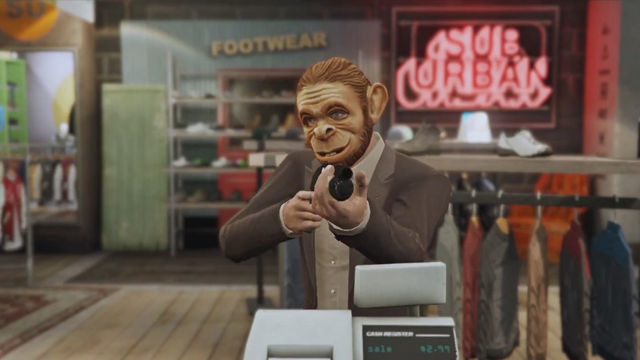 ‘Most Wanted’ revolves around a couple of losers without jobs who get involved in the world of crime.

GTA V is awesome and everyone knows that – it’s pretty much indisputable – and you would have thought by now that somebody might have made a movie out of it considering how many video game movies there are out there these days.

Thankfully nobody has yet – let’s be honest if it came out it would probably suck as most video game movies completely blow, no matter how awesome the game is – but this trailer that someone has made for a potential movie using the GTA engine sure whets our appetite for one.

The movie is called ‘Most Wanted’ and revolves around a couple of losers without jobs who get involved in the world of crime. It kinda of looks like a big budget buddy action movie – like ‘Let’s Be Cops’ or something, and to be honest it blows the shit out of any other movie trailer I’ve seen recently. I hope it actually gets made, even if it’s in GTA graphics.