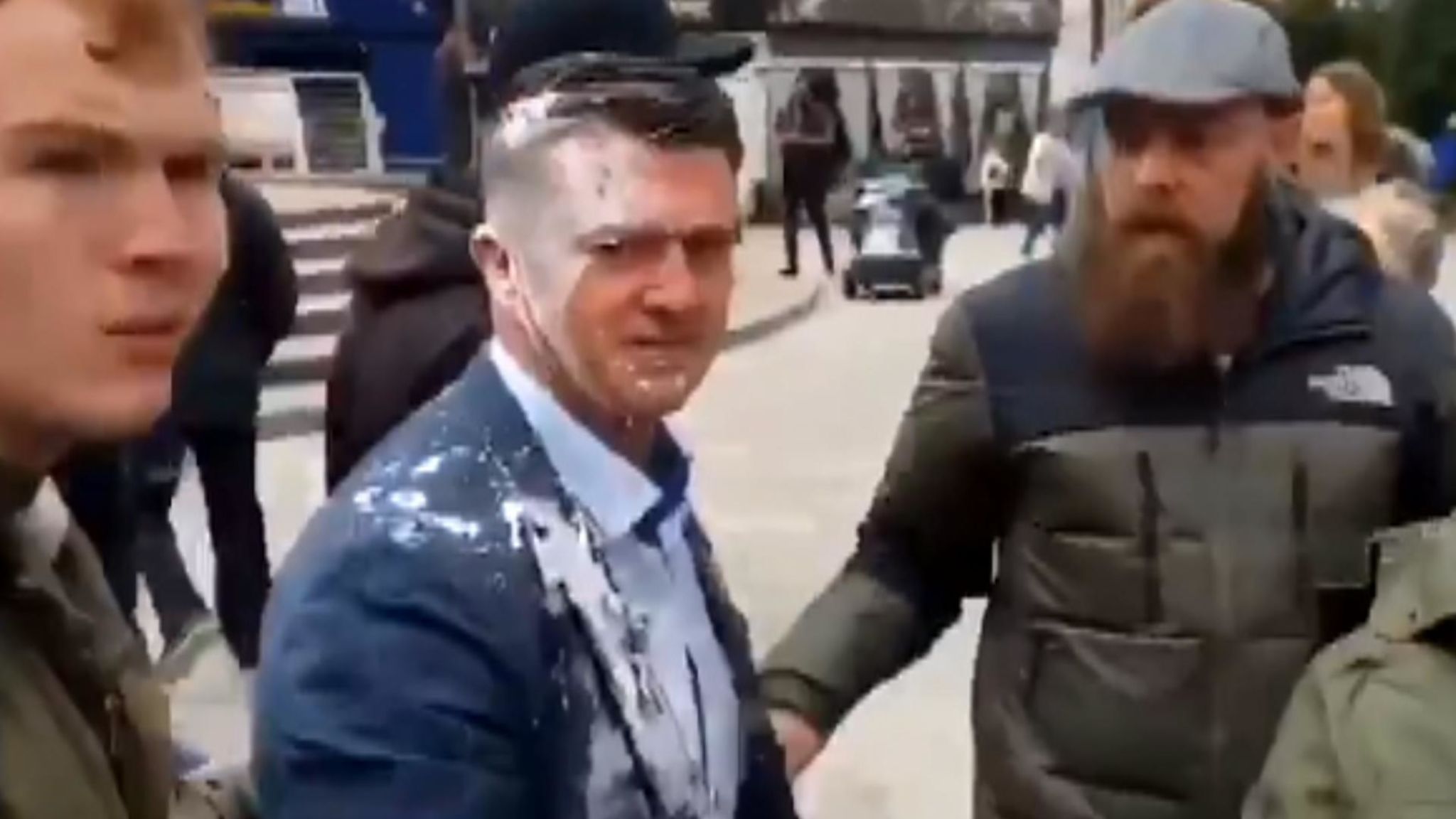 Yesterday we featured a story about how everyone’s favourite far right political journalist Tommy Robinson had been doused with a milkshake whilst he was out campaigning, and today it looks like we’re going to feature exactly the same story again because literally the exact same thing has happened to Robinson again, only this time in a different city.

This time Tommy was campaigning in Warrington rather than Bury, but it seemed like the locals in the area felt exactly the same way about him there as he was clocked in the head with a milkshake by 23 year old Danyal Mahmud after the pair had an argument. Tommy actually reacted fairly badly to the milkshake being thrown at him and ended up punching Mahmud a few times in the ribs with the kind of digs you give someone when you’re having a play fight on the field at school, but it seemed to be enough to shake Mahmud up a little bit.

He had this to say about the incident:

I was in Warrington for a meeting and afterwards was on my way home. I had to pass this group of people.

He [Robinson] just kept talking to me. I kept moving location. I was the only Asian guy there. I said to him I do not wish to speak to you on or off camera. I just got annoyed with him. A milkshake ‘slipped’ out of my hand.

I had no intention of doing anything or reacting in any way. But he kept talking. I feel a bit shaken up and shocked to be honest.

That’s a really weird statement isn’t it, regardless of what happened. To be honest, I don’t even really care about the details – I just hope that this results in a meme where Tommy Robinson gets milkshakes thrown at him wherever he goes. That would be so good. So good.

For more of the same, here’s Tommy Robinson getting a milkshake thrown at him yesterday. Hopefully I’m writing this story every day from now on.