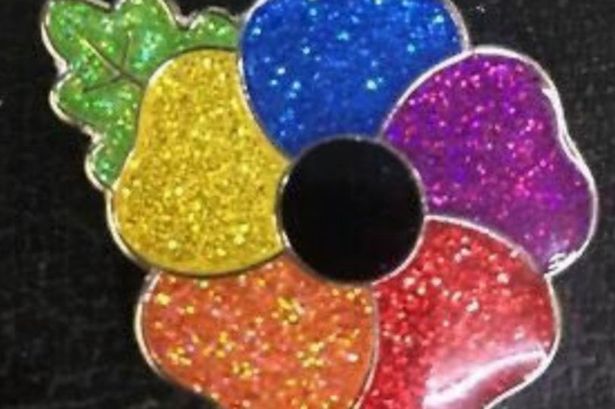 Is this disrespecting the poppy?

Remembrance Day is one of the most important and well respected days in the calendar and it seemed to me that it was something that nobody could get offended by – but it turns out I was wrong, again.

It turns out that the LGBT community didn’t feel as though they were represented fairly by the traditional red poppy and inaugural LGBT poet Laureate Trudy Howson introduced the concept of a rainbow poppy in 2016. Posting this on her website, she said the following for introducing it:

The rainbow poppy is a campaign I’m running to bring attention to the brave soldiers who died for our country during WWI at a time when their sexuality was still criminalised.

I mean I guess that’s kind of fair enough, but then people started selling them and all kinds of shit kicked off with a bunch of social media users saying that it completely disrespected the original red poppy. Here’s a bunch of replies:

I’m not in anyway homophobic, but this is getting beyond! the RED poppy is in memory of ALL soldiers during the war. The poem Flanders fields states why.

Pride has a whole month to raise awareness. Soldiers who died and fought for us have one MINUTE a year. Get some respect! pic.twitter.com/r5jLpmdt2k

Completely missing the point, we’re angry because the rainbow is covering the RED poppy not because it represents the LGBT community. If it was besides the poppy like the football pins then no one would be arsed. https://t.co/E9zRnvrSMz

Have you seen the rainbow poppy? How ridiculous is that – the red poppy symbolises everyone ….’in Flanders fields’ etc. Our LGBT community doesn’t need singling out like this. Whatever next! ….. #gaypoppy#wearyourpoppywithpride#

They honour everyone, regardless of race, etc. So for them to expect something that singles them out to make them feel special is laughable. LGBT want to be accepted and included, the red poppy already does that and somehow it’s not enough🤢

The poppy movement is about the horror of it; the magnificent, unreasoning self-sacrifice of which human beings are capable; only a monster wouldn’t be moved. The hijacking of it by other groups is vile. ‘LGBT+ (whatever the + is)’ had a whole sodding month. Pure self indulgence. pic.twitter.com/mE7cyyi4dQ

Just because you disagree with the rainbow poppy does not me you hate the LGBT community! Just the clear fact that it’s offensive to the folk that fought for the country since sexuality has fuck all with remembrance

I mean normally this is the part where I say one side is stupid and come to a reasonable conclusion about everything, but I can kind of see what both sets of people are saying here:

Kinda agree with all three of those statements and see where both sides are coming from, but the fact is there’s a purple poppy for animals, a white poppy for civilians and those who refused to fight and a black one for black, African and Caribbean communities’ contribution to the war effort and I’ve never seen anyone kick off about them, so maybe that’s saying something about the people going crazy about this? Just saying.

But in order to appease everyone, I think utdStephx up there in the tweets probably has the best solution. Makes a lot of sense.

For more of the same, check out these heartbreaking stories of veterans describing the first time they ever killed anyone. Raw.