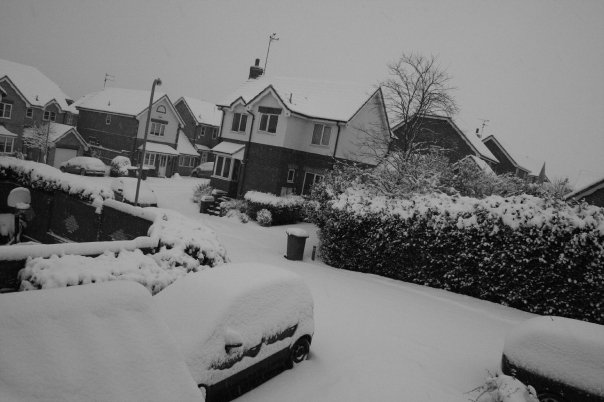 Parts of England are currently covered in a hefty amount of snow and I hate it. Screw you snow.

Unless you’ve been living in a hole with no TV or internet for the past few days, you will know that most of England has received some snow. I really really hate snow, it’s cold and wet and just pisses me off, it has NO redeeming features. I have been wondering though, why as soon as it snows in England does the whole country seem to go into turmoil, and everything goes to shit? 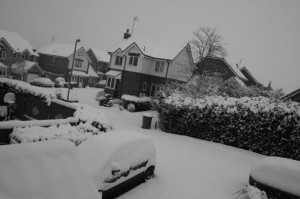 When it snows in the UK, things pretty much come to a standstill. When it snowed at the end of ‘09/start of ’10, it felt like we were living in medieval times or something equally as shitty. The news was constantly full of stories about people not being able to drive anywhere, trains being cancelled, airports closing and basically any means of transport was fucked and you were to sit in your house unless you were brave enough to try and conquer a trip to work or the supermarket. This was a load of shit, I mentioned before how much I hate snow and I still went out. Taxis were running and the snow didn’t make cars un-driveable, it just separated the good drivers from the bad.

In other countries like the USA and even other places in Europe, they take the snow in their stride and get on with it instead of being pussys like the majority of people in the UK who sit at home in the warm complaining about how the snow has ruined their day. Admittedly, I fit into this category of pussys; I’m currently sat in bed after deciding the snow would stop me from getting into Uni.