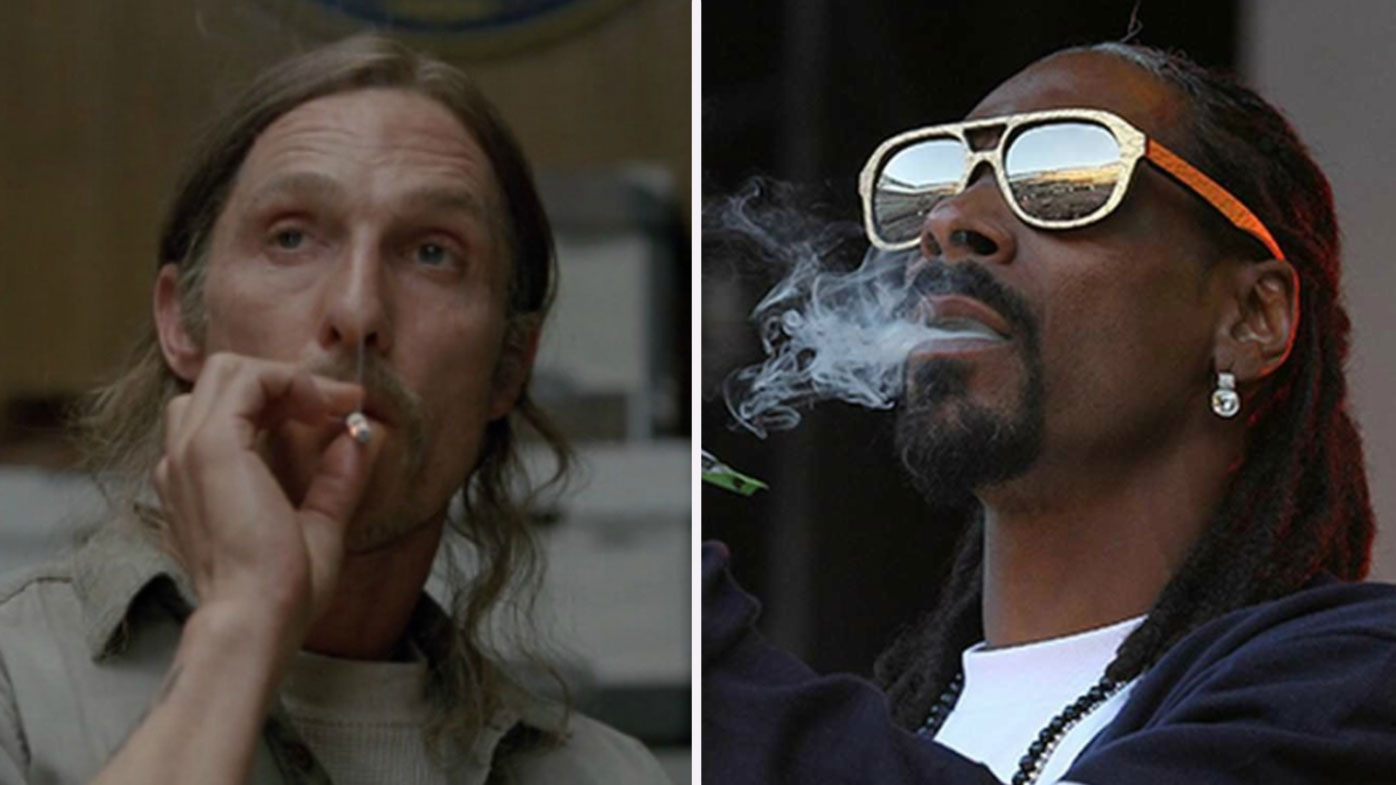 It’s a well known fact that Snoop Dogg is an absolutely humongous stoner, but I kind of assumed that he just blazed up with other people that wanted to get baked and didn’t sneakily make people get high with him so they could enjoy the benefits of marijuana as well.

Turns out that I’m wrong and Snoop loves getting people high without their consent judging by the trick he played on Matthew McConaughey on the set of their new movie. They’re both starring in Harmony Korine’s new movie ‘The Beach Bum’ which is going to be all kinds of bizarre and weirdo if Korine’s last effort is anything to go by – ‘Spring Breakers’ in case you missed it. If you did, I wouldn’t bother watching it now, trust me.

In any case, McConaughey was appearing on Jimmy Kimmel last night and explained what happened (watch the video or read the text below):

There’s a scene where I’m going to Snoop because I’ve got writers block and Snoop has the magic weed.

So I went to the prop man to make sure I have the prop weed which is like crushed oregano.

So it’s a six minute scene where we pass back and forth and all of sudden at the end he goes ‘Yo Moondog‘ – that’s my character – ‘that ain’t prop weed, that’s Snoop Weed’.

The next nine hours were a lot of fun but I don’t think we used one word in the English language.

Damn Matty. I don’t think there’s much worse than getting spiked with weed when you don’t wanna be, but it sounded like he styled it out and had a pretty good time. I suppose you would expect nothing else from a guy like McConaughey though eh?

In case you’re wondering about The Beach Bum, it doesn’t currently have a release date but Matty plays ‘a rebellious stoner named Moondog who lives life by his own rules’ and Snoop plays a character named Lingerie. Like I said, it’s inevitably going to be wacky/bizarre but hey I guess that’s why we go and see Harmony Korine films eh? Or why we don’t go to see them to put it more accurately.

For more of the same, check out this story about the time Snoop smoked weed at The White House. Legend.