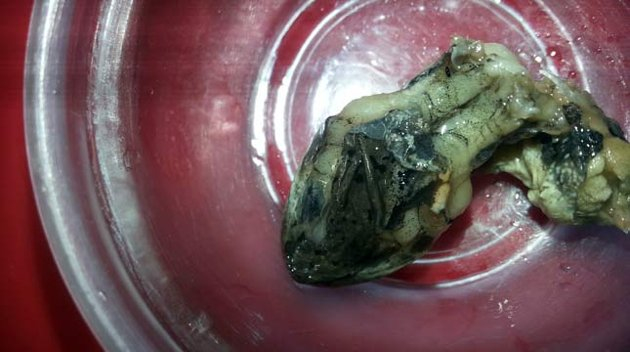 We’ve all heard horror stories about finding stuff that shouldn’t be there in your food, but this might be the grossest one of all.

We’ve all heard some horror stories of people finding stuff that should definitely not be there when they’ve bought packets of food, but I think this one trumps them all because a snake’s head has got to be one of the weirdest things you could ever think to find in a food packet. I mean how does anyone even get their hands on one?

‘I noticed it had a mouth, nostrils, and little tiny eyes. Not what I thought I was buying’. Yeah, no shit Misty. Fred Meyer, the store where she bought the green beans, has promised to investigate the incident once she returns the vegetable and the snake head.

I don’t know how the hell they’re going to come up with any kind of explanation for this though, other than ‘one of our employees is extremely fucked in the head and thought it would be a really funny idea to cut up his pet snake and put the body parts in packets of green beans and send them out to random outlets and surprise loads of unassuming people’ which probably isn’t going to do the company image any good.