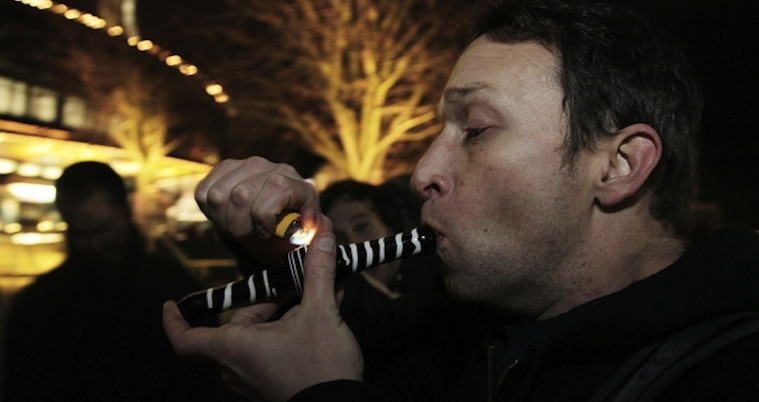 Washington State legalised weed at 12am yesterday, so all the stoners went to the Seattle space needle and got really high. Hare are some pics/twitter screengrabs.

So we’ve mentioned before on Sick Chirpse that as a result of the recent Presidential election, two states are full on legalising weed. How fvcking awesome is that? The two states in question were Colorado and Seattle. I don’t know when Colorado is full on legalising weed but it happened in Washington last nigh at midnightt and to celebrate all the stoners in Seattle organised a massive smoke out at the Seattle space needle.This is kinda cool but also kinda stupid. It’s kinda cool because a smokeout is kinda cool, even though it’s probably just a bunch of people monging out while a couple of guys talk themselves in circles, but it’s also kinda stupid because it’s not technically legal just yet.

Although the state has legalised the drug and adults are now allowed to be in possession of one ounce of it at any time, they’re still not allowed to smoke up in public. Technically I guess this is kinda like not being allowed to drink in public but people still do it and you’re gonna be unlucky if you get caught, but getting high in public one minute after the law comes in is kinda dumb. Still, at a big event like this it ain’t like the cops are gonna arrest anyone, they’re probably just gonna look at you and grip their nightstick menacingly whilst either wishing they were getting high with you or looking at you like you’re a pathetic dumb stoner. In any case, marijuana enforcement remains the Seattle police department’s LOWEST priority since 2003 so who gives a fvck. Smoke em up. Hopefully one day I’ll get to do the same at Big Ben or something. I hope it isn’t in fvcking December though.

Anyway, here’s a bunch of pictures from the smokeout and a bunch of the inane stoner banter that was available on twitter regarding it, although from the photos you really can see that smoking weed brings people from all walks of life together, which is really kinda cool. Smoke that shit playaz. Pictures on this page, tweets on the next and trust me you want to see some of those tweets. Those bitches high or summat? 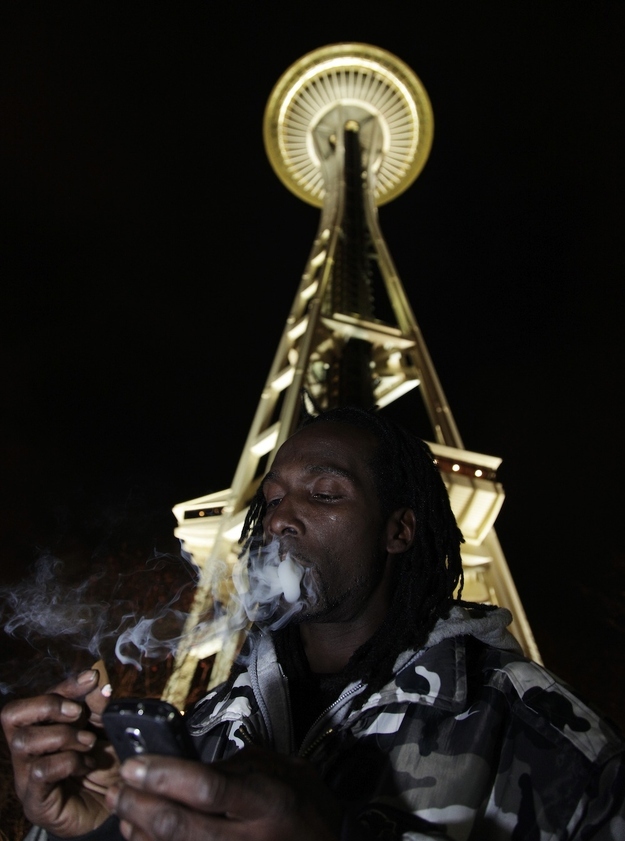