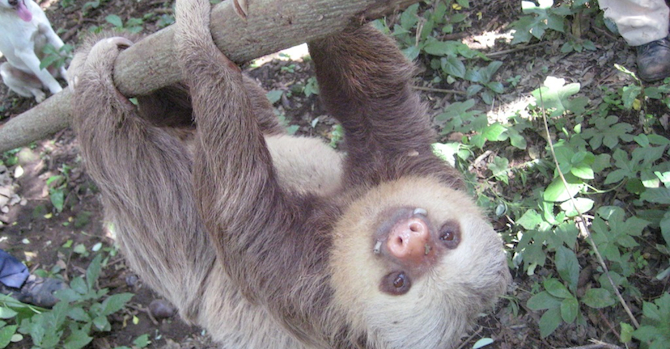 I used to think sloths were really boring and slow but still kind of cute, despite their weird claws. But then I saw their skeletons and it freaked me the fuck out because they’re completely terrifying.

I have never really thought much about sloths in my life. I think I saw them on the Really Wild Show a couple of times but I was only really watching that because Michaela Strachan was kind of a babe when I was about 8 or whatever. The rest of my life yeah I haven’t really thought about them at all.

I guess I might have seen them at the zoo a couple of times too but it was so unmemorable that I can’t even remember it. I mean why would I? All they do is hang from trees and move really slowly. They’re probably the most boring animals in the whole of the zoo. If like me, you have trouble remembering what a sloth looks like, then check out a couple of these pictures, in addition to the one at the top of the post: 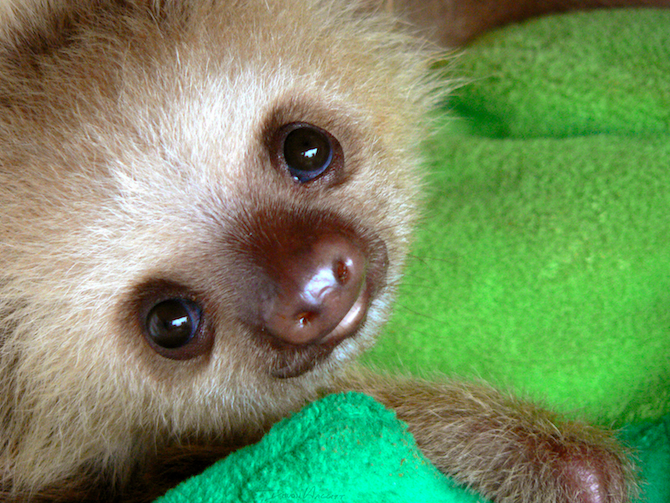 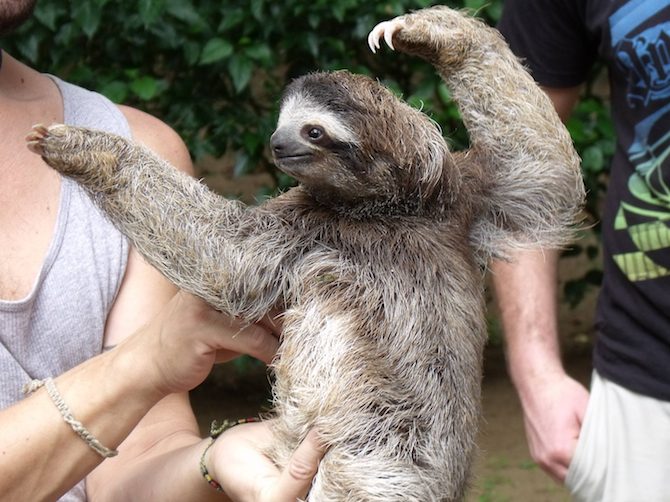 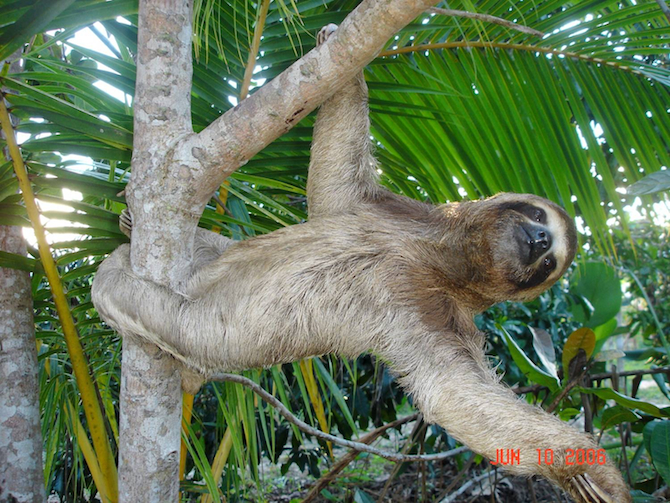 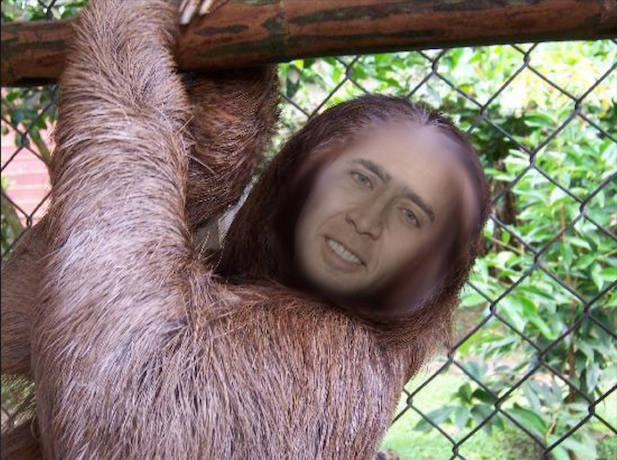 They look pretty cute and awesome right, even if they do look a bit weird and have really scary claws.  Ok forget about the Nicolas Cage one I just threw that in for LOLZ. But yeah wait until you see their skeletons. It’s like something out of a Terminator/Wolverine movie or something, only the terrifying exoskeleton got put on some weird kind of deformed animal rather than a human.

Admittedly its huge arms and claws are probably the most noticeable features on this skeleton – and in particular how disproportionate the arms are in comparison to the legs – but I was also kinda freaked out by how small its little head was….I mean seriously? That’s really small, like almost as small as its feet and hands!? That’s really weird right. It’s also completely gross how their spine is all bent over like that. In fact pretty much everything about it ever is completely gross and freaky.

It’s a good thing that sloths are so freaking slow or otherwise they would be stone cold killers with claws like that and a kickass skeleton. Completely freaky huh? Check out the picture below and try not to get as freaked out as I did about it:

The Best Animal GIFs To Watch When You’re High

Giraffes Have Insane Fight Over Chirpsing A Female Giraffe 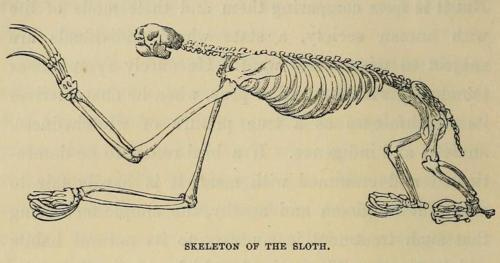