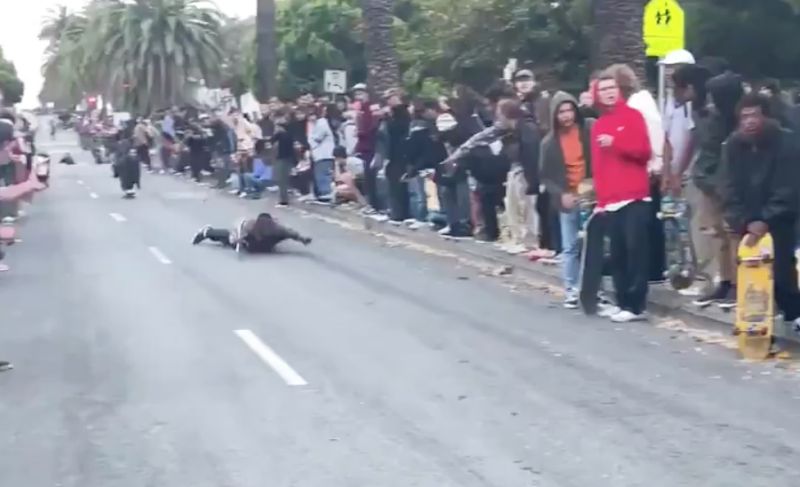 As covered by FTW, “hill bombing” is when skateboarders converge on a super steep road like Dolores Street over in San Francisco and then proceed to ride down that street at ridiculous speeds.

According to attendee Matt Beaton, 22:

Everyone was seeking maximum brutality of epic proportions.

dolores park 2k19 : filmed and edited by yours truly pic.twitter.com/zBdSCIIu5f

Exhilarating stuff. People just flying down the street getting wiped out left and right. Even the people standing on the sidelines watching weren’t safe:

How about this rad motherfucker though:

OK, we only see like a second long clip of him and there’s every chance he fell off his bike and busted his face open as well, but still pretty cool while it lasted.

Would love to know what sort of injuries were picked up over the entire course of the day because I’m pretty sure at least one guy standing on the sides there snapped his ankle in half. Then again that’s the sort of action they’re hoping for at these hill bombing events from the sounds of it. The best bit is how not one single person involved is wearing a helmet or any protective gear. Tubular!