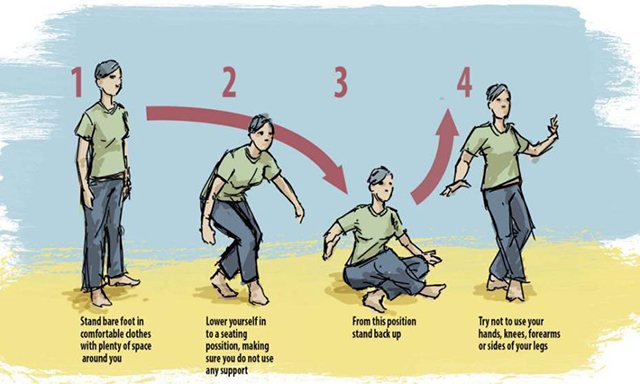 This is the most important test you’ll take today.

Doctors have long suggested that if you live a sedentary lifestyle where you’re constantly sat down or immobile for long periods of time, you’re probably relatively unhealthy and will be lucky to outlive your more physically active peers. That’s why standing up at work is what’s hot these days, apparently.

A group of doctors in Brazil have now designed a ‘sitting-rising test’ (SRT) which further determines strength, flexibility and, apparently, how long you should expect to live. They say people who score three points or less out of 10 are more than five times as likely to die within six years as those who scored higher than eight. What? Six years?! That sounds like a bit of a scare tactic, but it’s definitely worked on me.

Well, you must be itching to try it. Best of luck: