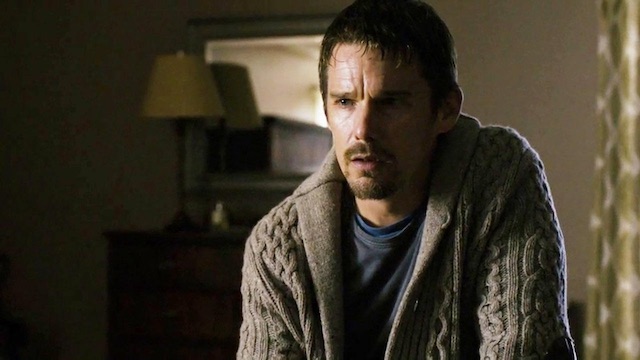 Halloween is almost upon us and for many of us the means that we’ll be whacking on the horror movies and having the living shit scared out of us.

To commemorate this occasion broadbandchoices.co.uk have decided to commission a study to find out what the most terrifying movie of all time is once and for all. In order to determine this calculation, they strapped a heart monitor to 50 participants and forced them to watch over 120 house of carefully curated horror movies. They then looked at the average resting heart rate during the movies – compared to a a ‘normal’ rate of 65 bps – and also examined the highest spikes that were caused by jump scares.

Ethan Hawke’s 2012 supernatural horror film ‘Sinister’ came in first with an average resting heart rate of 86 bpm and a spike of 131 bpm, with ‘The Conjuring’, ‘Insidious’ and ‘Hereditary’ all making the top five as well. Here’s a graphic detailing the results:

I’m really into horror movies and I gotta say I kinda agree with this. I remember watching ‘Sinister’ in a packed cinema on Halloween back in 2012 and being really quite scared during it, but I’ve gotta say that for me ‘Hereditary’ just pips it for being one of the most uncomfortable films I’ve ever seen. The eerie sense of dread and foreboding that permeated throughout it really was horrific and it’s eventually topped with one of the ickiest and creepiest finales of all time. That one has it all for me, although I gotta say ‘Sinister’, ‘Insidious’ et al are up there too.

Shout out to the study for including ‘Audition’ right at the bottom as well. That’s a movie that’s stayed with me for the last twenty years that isn’t as well known, so I would throughly recommend seeing that if you want something new this Halloween. One of the most messed up films I’ve ever seen.

For more of the same, check out these ten horror movies on Netflix that were apparently so scary that people couldn’t finish watching them. Ooof.