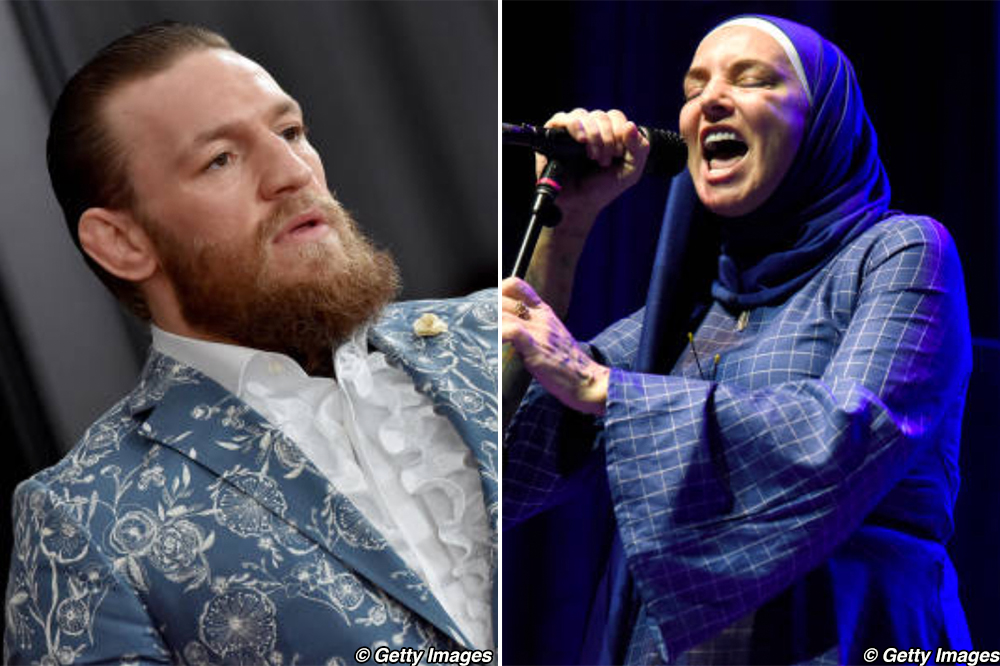 As if the world could get any weirder, Sinead O’ Connor is on Twitter right now ranting and raving at Conor McGregor and saying he sounds like a racist and a slave owner.

Here’s how the bizarre exchange between the two played out:

@TheNotoriousMMA Are you on something?

@TheNotoriousMMA Because you sound like a slave owner more with each passing year. I mean, I love you an all, but like, what the fuck racist shit you been swallowing? Where has the real Conor gone? Because I know your mama didn’t raise you to be any kind of racist.

I will refuse to listen to “don’t move more than 2k from home” yet air and sea ports, where the virus first entered, remain fully open. With upwards of 1k passengers in and out daily. It is equivalent to pushing and pulling at the same time.
That command cannot be followed. How?

On top of this, there are now 1500 labourers being sourced to fly in from abroad to work in our agriculture industry. At this time?
Too dangerous. Too risky.
Also, I’m sure we have 1500 out of work labourers at the ready. On soil.
It simply makes no sense what is being touted.

Nothing whatsoever to do with immigrants.
At this time it is crazy to even suggest anything other than essential medical equipment/personnel be flown in. Everything else must be halted.
Even food. We have food here.
We must shut shop Sinead.
For now, not forever.

You must be very careful what language you’re using. It’s offensive. Especially in light of your previous racist remarks.

So what’s going on here is basically that Conor McGregor called for Ireland to close its borders while coronavirus is still running wild. Sinead O’Connor saw the words ‘close borders’ and went instantly into SJW meltdown mode, telling Conor McGregor he sounds like a racist and a slave owner. When obviously the guy is calling for closed borders due to Covid-19 and nothing else.

Conor explained as much to her, and flat out said it has nothing to do with racism or immigration, but she just ignored everything he said and carried on calling him a racist and telling him he’d made racist remarks in the past (which to be fair, it can be argued he has).

From there, Conor Tweeted “Nà déan mearbhall ar ghnó na troda le réaltacht, Sinead. Tá brón orm má chiontaítear é”, which roughly translates to “Do not confuse the fighting business with reality, Sinead. I am sorry if I have convicted.”

Which Sinead O’Connor completely blanked again and fired off one last passive aggressive dig at her fellow Irishman:

Man, I just get pissed about people going on about immigrants. Always full of gaslighting excuses. Saying they aren’t xenophobic when they clearly are. We ought be grateful any human being fleeing for their life thought we were worth coming to.

I know Sinead O’Connor has been struggling with mental health issues these last few years but fuck me, she’s just determined to make out that Conor McGregor is a racist arsehole no matter what he or anyone else says to the contrary. Fair play to him for being so gentle with her. Let’s hope they kiss and make up soon, and maybe she’ll sing him out to the Octagon again one day.

For footage of Conor McGregor breaking down the infamous post-fight brawl with Khabib at UFC 229, click HERE.