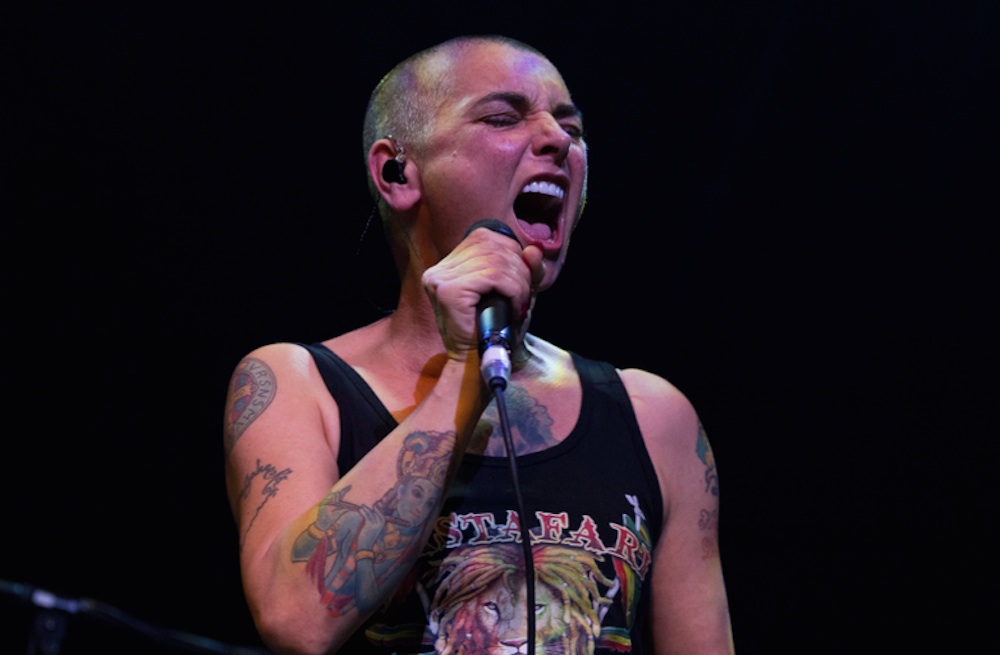 Sinead O’Conner is NOT happy right now, and for good reason.

Sinead O’Connor has gone into complete melt down mode on her Facebook page over the fact that her booking agent and management team have been completely screwing her out of a bunch of money for some recent gigs in Germany. The gist is that she was paid â‚¬500 for three performances, whereas her booking agent pocketed â‚¬11,200. A bit of a disparity I’m sure you’ll agree, but I’ll let Sinead take it from here:

Well yeah, there you go – Sinead got totally ass raped there when you look at it considering the shows made â‚¬47,000 and she was only walking home with â‚¬500, which is less than 1% of the income of the shows and truly scandalous. Pretty much everyone involved with the tour (band, booking agents, management etc) ended up making substantially more than her from these shows, when to be honest none of them would even have had a job if she hadn’t have started writing songs all those years ago.

Apparently there was another Facebook post as well which has since been taken down, in which Sinead explains that the situation was even worse because of when she was forced to cancel her South American tour because her son was suffering from a ‘life threatening condition’ and she had to look after him. Booking agents should have taken out insurance to cover such a situation, as the crew and venues still need to pay for each cancelled performance.

Modus in Rebus worked out that Sinead’s cancelled shows worked out at a $4000 cost to them, and so have billed her for those too, even though it was actually up to them to have insurance and pay these fees as they were the ones who booked the show in the first place. It’s unclear whether they were paying Sinead so little to try and subsidise this loss, although it seems like they didn’t because they tried to charge it her as well. Basically Sinead’s entire back room team tried to screw her with this, but it probably isn’t really that surprising considering pretty much everyone in the music industry is out there to completely fuck the artists and make as much money as possible off them.

However on the flip side, nothing compares (sorry had to) to doing your own paperwork and checking over receipts so Sinead probably should have kept on top of that, as it seems like everyone was out to screw her and they were able to take advantage of her because she was so lax about it in the first place. It’s a bit naive of her to say her job is to ‘shake her ass and look pretty and sing nice’ because there are other artists out there who do all the organisational stuff for their bands and make a hell of a lot more money off music because of it. If you’re gonna hire someone to do that for you then you better make sure you can trust them, that’s all I’m saying. Also does anyone actually want to see Sinead O’Connor shake her ass?

Having said that though, you should really be able to trust the people who you work with in any business. It’s a sad fact that most of the time you can’t. And if you’re trying to make it in the music industry this is another reminder to not even bother, because if Sinead O’Connor can’t even make money from touring what hope do you have?

It also probably isn’t the best idea to post this on Facebook if a court case is likely to come up soon as a result of it. Just saying. To make you feel better though check out the booking fees it costs to book your favourite bands – do you think they’re all getting ripped off too?