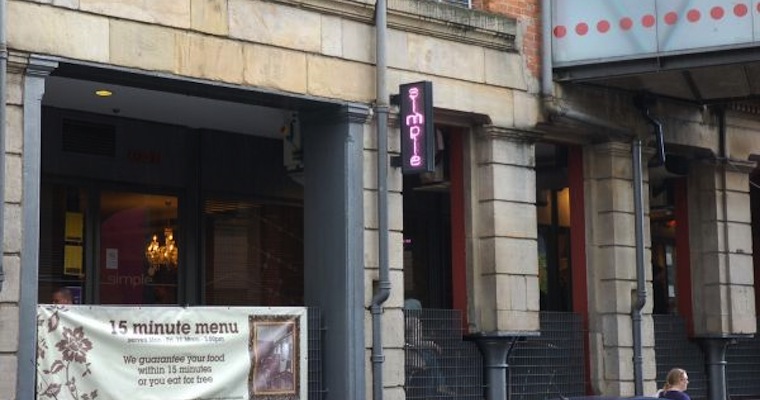 News broke this morning of a hidden camera being found in a bar up in Manchester. The bar in question is Simple.

News broke this morning of a hidden camera being found in a bar up in Manchester. The bar in question is Simple which is situated in Manchester’s answer to East London, the Northern Quarter. After a video emerged of someone investigating the smoke detector in the gent’s toilet and finding a hidden camera, popular website Manchester Confidential ran a story which has sparked Simple to trend on Twitter (for all the wrong reasons) and Simple’s Facebook page to receive a barrage of abuse.

Simple have replied by saying that the hidden camera was put in the toilet to deter graffiti vandals years ago and has since been left in. If the camera was a dummy camera then 1. why was it hidden and 2. why weren’t there CCTV signs to let people know about the ‘CCTV’ and therefore put them off from doing any graffiti.

The whole thing is totally fucked up. A few of our contributors are based in Manchester and I’m sure we’ve all taken a piss/shit/wank in Simple at some point.

Check out the abuse Simple are getting (and their god-awful attempt at rectifying the situation) over on their Facebook page and give them a search on Twitter to see what all the fuss is about @SimpleNQ.

Do you work at Simple or have you ever used their toilets? We want to hear from you.