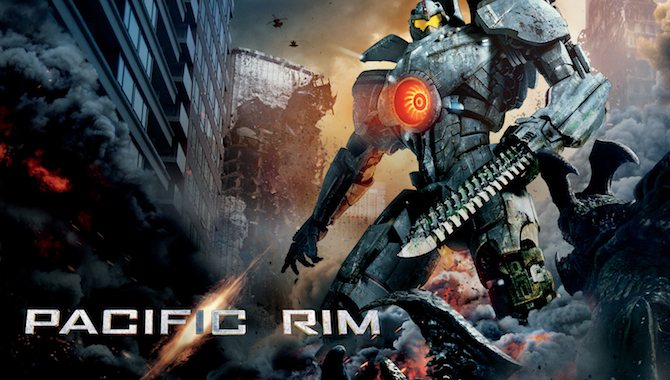 I don’t normally deign to grace cinemas with my presence unless I’ve hired one out for a private screening of Un Chien Andalou or they are reshowing the 90’s Batman films (3 and 4 are the best). Nevertheless, the prospect of Guillermo del Toro directing a big budget Hollywood action film was enough to coax me from my hovel and into the sticky embrace of my local Odeon’s seats.

Pacific Rim is a film about massive things repeatedly pummelling each other in the face. More specifically it is about monsters (or Kaiju) and robots (or Jaegers) repeatedly pummelling each other in the face. The film is refreshingly honest in its stupidity. It is also, more importantly, refreshing in its desire to break the mould of Hollywood action blockbusters which are nearly unanimously Americentric and ooze jingoism and arrogance from every pore. 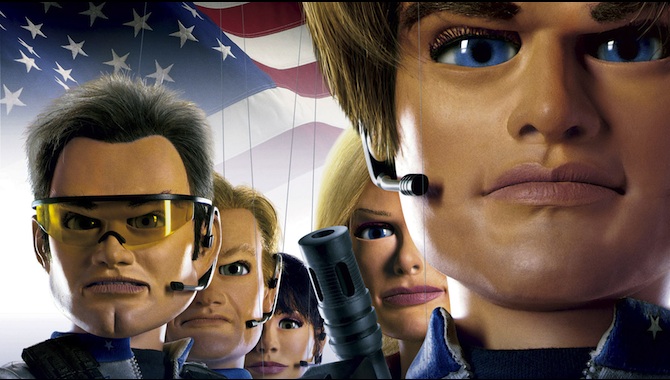 In choosing his Jaeger pilots del Toro has eschewed the usual All American Heroes in favour of an international squadron. It is unfortunate that the two British squad members decided to do half an American accent each but the director’s aspirations towards internationalism are loud and clear. Hell, even the human baddie is white, can you imagine that!?!

In keeping with the attempt at world wide appeal the majority of the film takes place in Hong Kong. The city plays host to the monstrous brawling which is itself distinct from your average blockbuster explosion-fest.

I think its safe to say that spectacle trumped narrative in populist film around the time King Kong took that bird up the tower and this film is no exception. What differentiates Pacific Rim from other Hollywood productions is that the spectacles in this film are actually watchable.

The rapid paced vomit inducing action sequences we’ve come to expect are nowhere to be seen. Instead, del Toro takes the unusual approach of allowing the audience to see the choreography of the fights and appreciate the absurd splendour of two incomprehensibly huge beings knocking seven shades of shit out of each other. 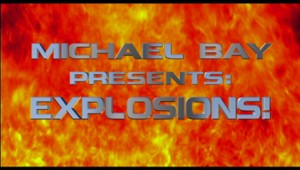 In his move away from all things ‘Murica the director has shed another mainstay of the traditional blockbuster, one which took me a while to notice. During the film I was haunted by the feeling that something was missing. It was during one particularly poignant moment when one robot was piledriving a monster into the sea-bed that the penny dropped – no one was trying to sell me anything!

At no point did an inter-dimensional being take a time out to enjoy a healthy Subway meal. Idris Elba never slammed his feet on the war table so everyone could marvel at his Converse Allstars 2004. Even the Jaegers came free of the normally ubiquitous Audi/Ford/Skoda embellishments. This may seem inconsequential but the recent spandexfest Man of Steel’s budget was a measly 35 million dollars more than Pacific Rim and yet there are estimates that half of Man of Steel was funded by corporate sponsors. 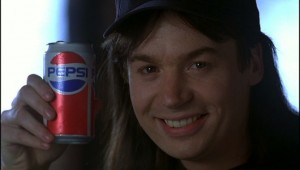 Just as the screen was uncluttered by titillating products, the plot was uncluttered by an awkwardly inserted romance. Two of the main pilots happened to be of the opposite sex but I never felt compelled to give a shit about whether or not they were going to fuck each other, I just assumed they did.

The general consensus between directors that action films need sex to sell completely overlooks the fact that I have access to free smut anywhere I go. Fuck, I could have had Youjizz streaming on my phone as I was watching the film. For the record I didn’t but a guy a few rows across was eating his popcorn suspiciously vigorously.

The more astute amongst you will have noted that I haven’t really assessed this film in any meaningful way, opting instead to facetiously bash Hollywood. The reasons for this are two-fold:

1) This is a film about monsters who fight robots and I really didn’t feel like putting on my serious face to debate the artistic merits of elbow rockets and chainsaw-swords.

2) This is an original film with an international cast which makes concerted efforts to distance itself from the standard cookie cutter blockbuster action films. If you have ever complained about endless sequels and tired cliches in modern films you should make the effort to go out and see Pacific Rim yourself. Ok? OK!