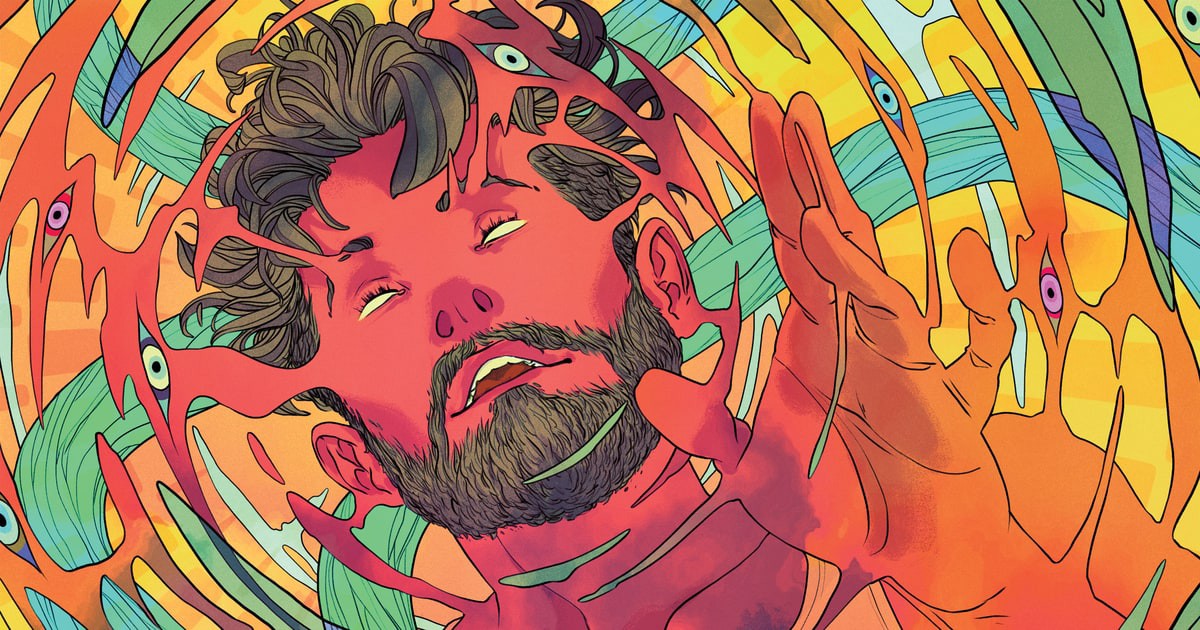 What these substances allowed me to do was step out of my normal perception of reality and observe my own thought patterns, and I believe they helped me overcome a lot of psychological issues and childhood insecurities. I have read recent clinical trials which are taking place where psychedelics are being used in counseling sessions with a high level of success for patients and I hope that research continues in the field. I really do believe it can be beneficial to a lot of people.

However because this is Sick Chirpse, instead of concentrating on the potential benefits to the human psyche, for the sake of pure lowbrow entertainment, let’s focus on the most amusing anecdotes I experienced whilst tripping my nuts off. Here we go.

DISCLAIMER: THIS ARTICLE IS PURELY IN THE NAME OF ENTERTAINMENT.  DO NOT TRY ANY OF THE MENTIONED SUBSTANCES.  PSYCHEDELIC DRUGS CAN CAUSE EXTREME PSYCHOSIS OR EVEN DEATH 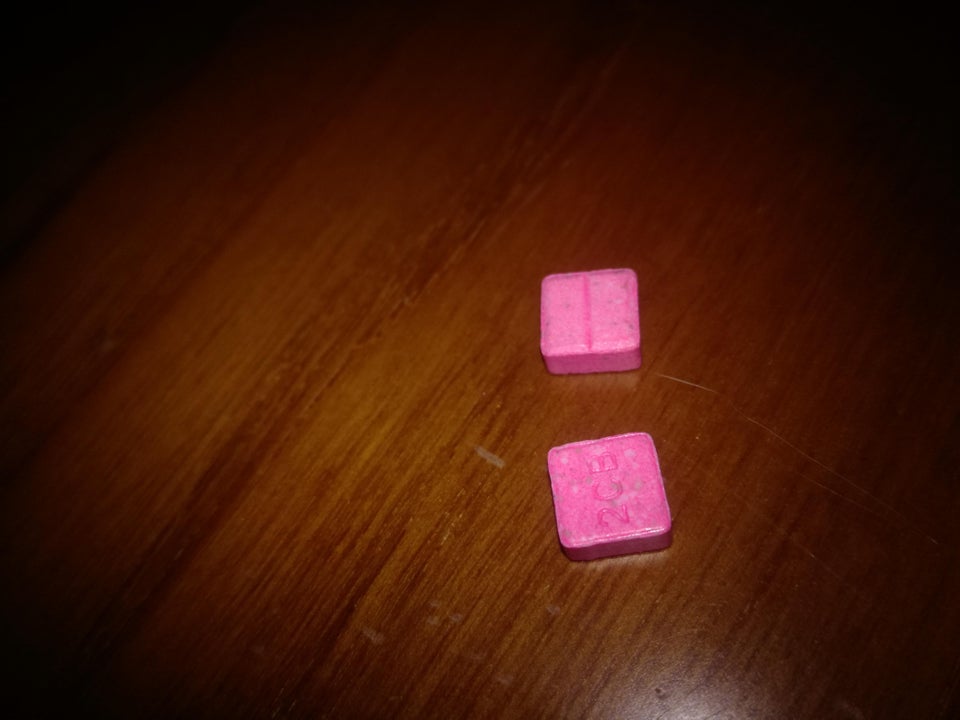 2C-B is a nice mild psychedelic which is suitable for first time users.  It’s also great to use whilst out socially because it provides a really euphoric experience.  I err on the side of caution when it comes to using hallucinogens in party environments, but 2C-B is less risky because of its uplifting nature and mild psychedelic effect.

However, I must admit I had an awful experience on 2C-B whilst out clubbing. I wasn’t aware that it takes longer than most drugs to kick in, and it was particularly the case with this batch. I stupidly took three tablets over the space of two hours because I was impatient, which is roughly 150mg in total (50mg is a strong dose). You can see where this is going.

I then ended up getting kicked out of the club after losing my mind, and sat on some wheelie bins in Bow, East London, talking to the local homeless community. They kept on explaining to me how terrible their lives were, and somehow I believed I was the local politician running for office and they were my constituents.

I kept on apologizing, shaking their hands and promising I was going to make a difference. Sure they really appreciated that and absolutely buzzed off listening to my inane claptrap for hours. Probably no different to the usual wreckheads and methheads they encounter on a regular basis though. I was in good company.

The rubbish removals guy turned up at about 6am and I think he sussed that I wasn’t in a good state.  He took pity on me and ushered me away.  We talked about UK Hip Hop to calm me down. He then pointed me in the direction of the nearest tube station, and I genuinely believed I was being followed by anti-terrorism police the entire journey home. Thank God I got away.

2C-B is a lovely substance which is perfect to introduce yourself to psychedelics. Sadly, as with all illegal substances, quality can greatly vary. If it’s your first time, make sure that you don’t do too much. You get the picture about what might happen.

Naturally produced in the human body and by many plants 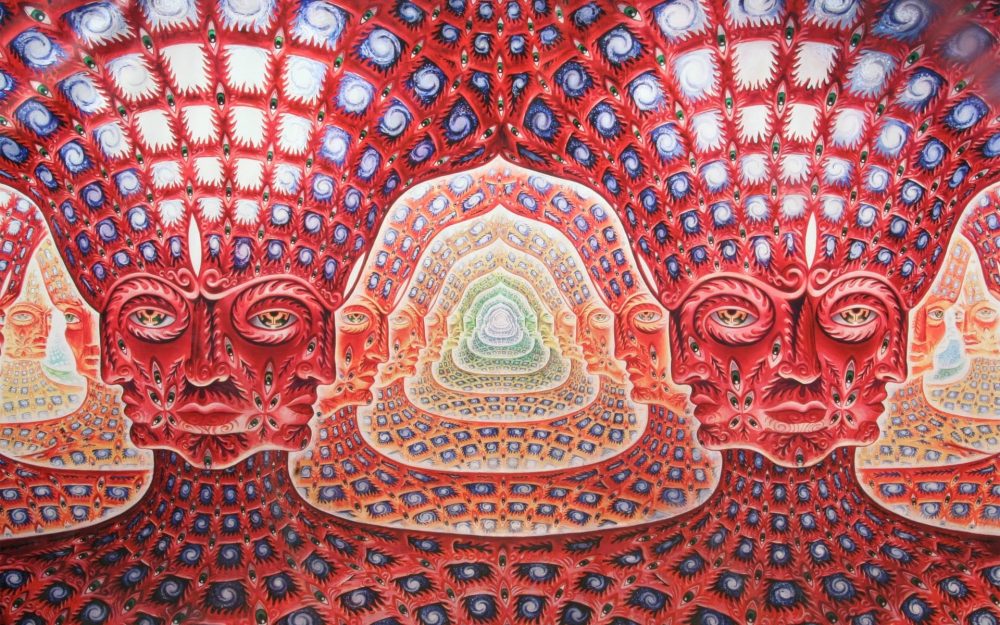 DMT, especially when smoked, is very powerful. It can blast you off into space and completely destroy your perception of reality.  I wouldn’t recommend it for first time trippers.  Start off on something more suitable for beginners like magic mushrooms.  You can then work your way up to DMT once you’ve familiarized yourself with the nature and behaviours of hallucinogens.

I used to order Mimosa tree bark from Brazil and extract DMT using a chemical called D-Limonene.  I’d either smoke pure DMT to bring on an instantaneous trip which lasted about fifteen minutes, or combine it with an MAOI inhibitor called Banisteriopsis Caapi to brew Ayahuasca for a longer and less intense experience.

Whenever I smoked DMT I’d begin to communicate with entities which would appear through the ceiling.  The experiences always reminded me of Egyptian Gods and hieroglyphs, especially when consuming Ayahuasca.

On one occasion I was taken to a gigantic wall of hieroglyphs which at the time made sense, but only on some higher plane of existence which couldn’t be explained in human language.  In another fantastic trip I was communicating with two angels, one sat on each shoulder, who were massaging my soul with energy.

The worst trip I experienced was when two giant daddy long leg creatures ripped a hole in reality, on the other side of which demonstrated the cruelty of humanity.  They were spitting question marks at me and I intuitively felt like it was these creatures who were responsible for all the misery in my life.

I suggest trying more gentle psychedelics before experimenting with DMT.  Some of my experiences have been extremely intense, so it would be wise to have a better understanding of what to expect. 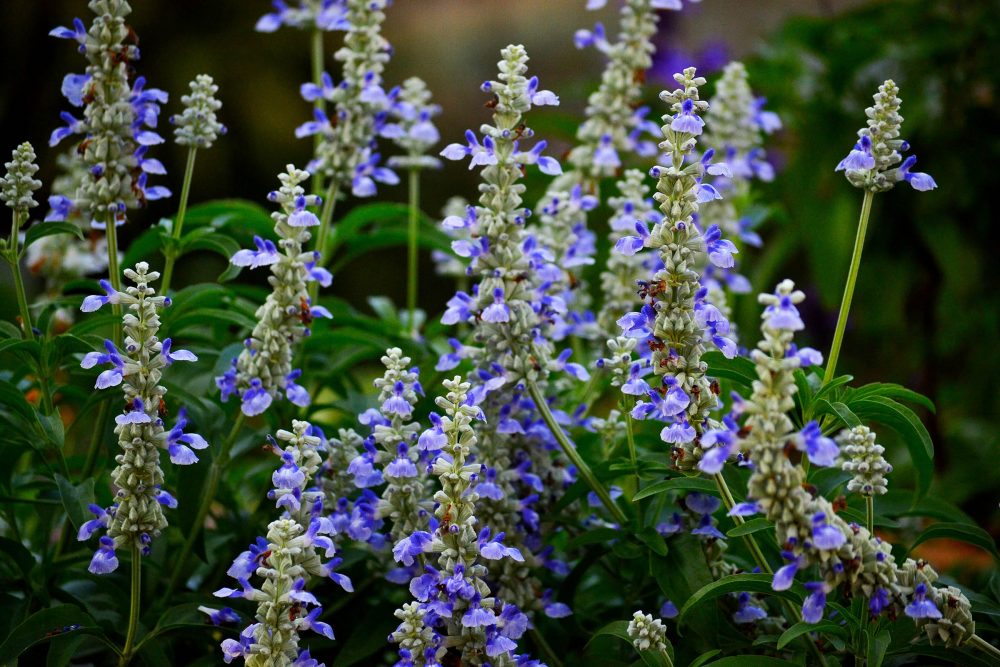 Back in the day this stuff was easy to purchase online, probably because the trip is not at all enjoyable.  I would put this at the bottom of the list of hallucinogens to try for this very reason.  If you’ve experimented with a large variety of psychedelics already, I suppose it’s worth trying just for the sake of it, but I wouldn’t bother otherwise.

I’d always perceive several levels of pyramids which I would rocket past as the trip intensified.  Salvia is one of the most powerful ego death tools I have ever used and I never experienced any kind of pleasure whilst using it.

I once managed to obtain a 60x extract which is very strong.  I attempted to positively influence the trip with some uplifting music when I first tried the 60x extract by playing a song called Water by Lauryn Hill.

This actually turned out to be a massive mistake.  The extract was so powerful that within ten seconds of inhaling I had my entire reality shattered to pieces.  It took approximately two minutes to gather my senses to the point I realized I was a sentient being, let alone human.

As beautiful and uplifting as the song is, when you’re entire perception of reality has been blasted off into space, musical notation and language are completely alien and terrifying.  After around ten minutes of ego obliteration I finally started to remember who I was, what I was doing on this planet and why I had just been transported to a different dimension.

To be honest, I wouldn’t bother with Salvia. I only tried it because it was there. I have zero fond memories of use, however if you live by the philosophy “variety is the spice of life”, why not give it a go? 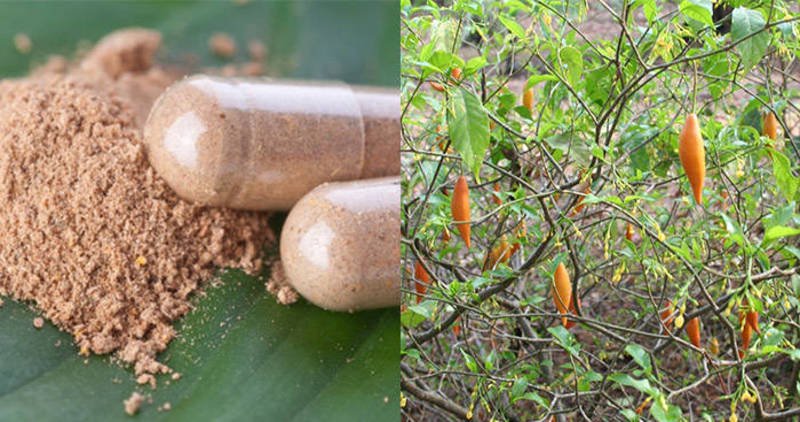 This is not for the faint hearted.  The trip lasts for three days and you are completely incapacitated.  The best way I could describe an Ibogaine trip is like a waking lucid dream.  I would only dare try this hallucinogen if you are a very experienced tripper.

This is the most powerful psychedelic I’ve ever ingested.  You live out entire scenarios and concepts in your own mind.  Any attempt to function outside of the trip is practically impossible. At one point I tried to listen to music, but my perception of reality was so heavily distorted that everything was out of tune and the tempo sounded like it was going about five beats per minute.

The majority of the scenarios I experienced were related to the genres of music I listen to and movies I have watched. Each character that featured in these scenarios was an aspect of my own personality and we lived out various storylines, most of which were very dark.  I’d rather not reveal the details of the darkest character, but it was a hooded, faceless individual who looked like an urban Mysterio from Marvel comics.

The second time I tried Ibogaine, I was house sitting for somebody who lived very close to Heathrow airport. This had a very heavy influence on the trip.  Due to the constant planes going overhead, I ended up believing I was a Palestinian living in an Israeli war zone.

Use with extreme caution.  This is incredibly powerful stuff, you don’t want to be trapped in a bad trip for three days straight.  Experienced users only. 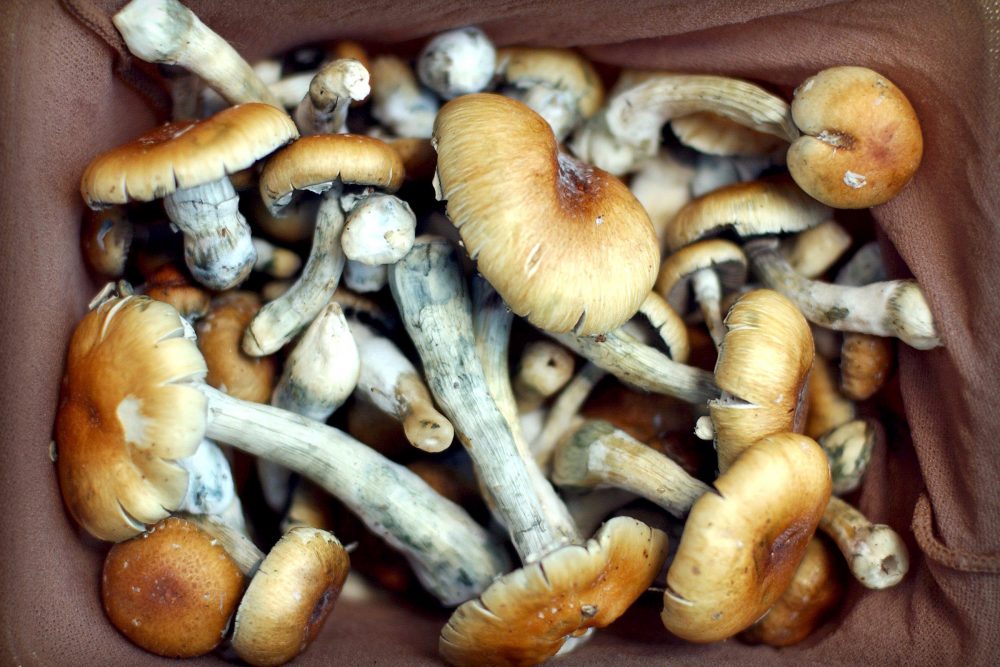 Good old magic mushrooms; probably the most familiar and safest trip a person could try.  That is assuming you have a reputable source.  Going out and attempting to pick your own is potentially very dangerous, because if you make the wrong selection the results could be fatal.

Magic mushrooms used to be legal to purchase wet. Psilocybe Cubensis and Psilocybe Tampanensis were my favourites.  I ended up growing them as it’s relatively inexpensive and inconspicuous.

I once sat down at my piano and randomly played a song completely improvised whilst on a deep mushroom trip.  Usually it takes me a very long time to figure out the melodic structure.  I record each section with a sequencer, however I magically seemed to hammer out a rather pleasant song completely at random.  It was during this trip I suddenly saw pyramid patterns within the digital sequencer of my compositions.  Listen to the piano composition below (audio attached).

The gold standard of first trips.  Safest to use in the company of other calm minded friends in a stable and peaceful environment. 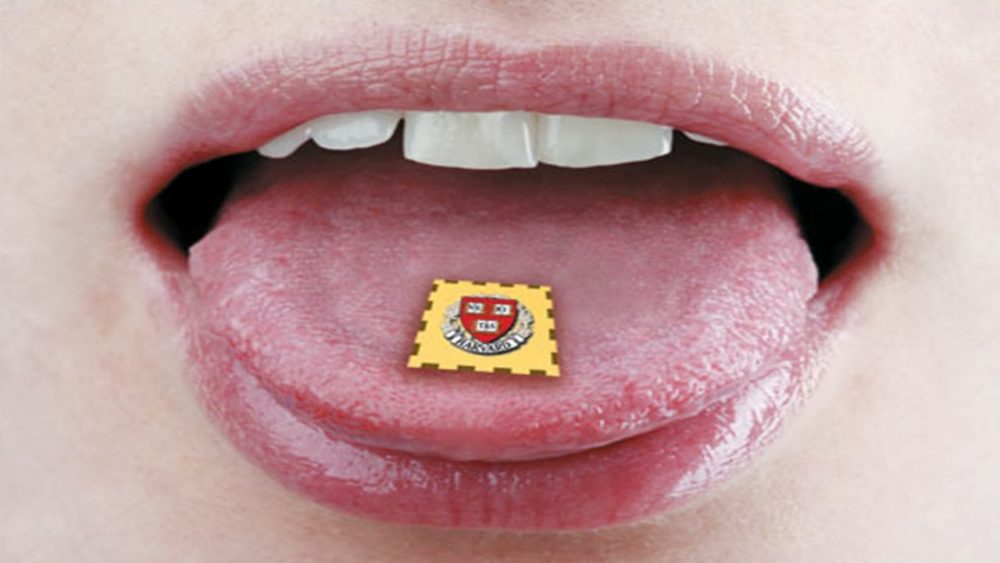 The cult favourite made famous during the 1960’s. So many top artists and musicians from this era were heavily influenced by the infamous lysergic acid diethylamide. Contrary to popular belief, nothing profoundly spiritual has ever happened to me in comparison to the aforementioned substances whilst using LSD.  Personally I’d class it as a more recreational hallucinogen rather than something to have deep, meaningful experiences on.

For a long time I only had crappy sources for acid which were probably of a low purity and may not have even genuinely contained the supposed active ingredient.  I eventually found someone who could provide a fantastically clean and pure quality.

I usually just watched videos over and over again or become deeply engrossed and fascinated with particular songs.  I once watched a professional poker tournament in absolute awe for four hours whilst on 400mcg (a religious dose).  Another highlight was watching the Denzel Washington movie Crimson Tide for the first time ever which was completely epic.

A suitable chemical to follow breaking your psychedelic cherry with magic mushrooms.  Just be aware LSD can last a very long time, even if it feels like it’s initially worn off.

As a psychedelic connoisseur, the one substance I’m still dying to source is Mescaline.  My Dad told me about how he once panicked whilst driving a car full of friends on Mescaline.  They stopped in the middle of the road and all did a runner at 1am.  Apparently he went back the following morning and the car was still there with all the doors wide open.  I guess the apple doesn’t fall far from the tree.

In all seriousness, I genuinely found these substances to be helpful overall in becoming a better, happier person.  This doesn’t mean it will work for everybody however; use with extreme caution.  I’ve heard of people being sectioned during their first magic mushroom experience.

I believe psychedelics simply magnify any thoughts you may be having, making them far more intense.  This can work either way, so if you have deep seated issues which you’re not capable of handling, beware.  If you have an open mind and are ready to face your demons, then maybe psychedelics could be helpful tools to learn more about yourself and improve your outlook on life.