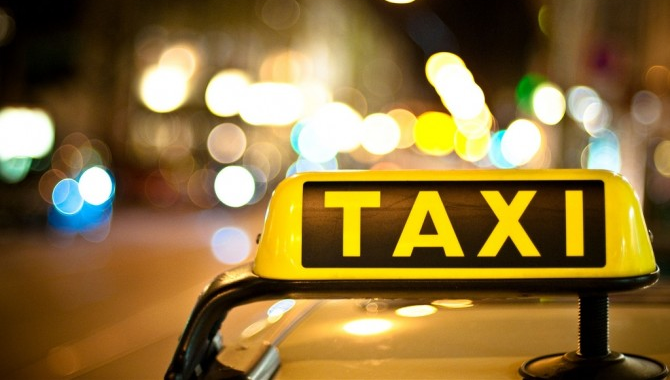 Time Is Money is a short story about life in the seedy underbelly of taxi-drivers. Are you going to think twice about what taxi you get into next?

Just another night and it’s the same old shit. 1 a.m. and I’ve had four customers already. They get in, I drop them off, they pass the cash. Always make sure they have cash or you’ll be driving around looking for an ATM. And during that time other taxis will be getting customers that you should have had. Trust me. I know. Time is money. It’s true. I refuse customers with no cash on them now. No cash. No ride.

I hate it when they try to talk to me. I don’t want to know them and I’m pretty sure they don’t really want to know me. Another hate: when they tell me where they want to go and once I’m there, they say “oh, sorry, my friend needs a lift now, too. Would you mind going to…” Yes. I do mind. Time is money. I know your game. It won’t work with me. The last person who tried it…well, let’s just say they won’t do it again. You’re where you asked to be, now get out. Don’t try a runner. I’ve locked the doors. Money first. Then you get out. Best thing about not having a meter: you can earn twice as much for one journey without them questioning it. Best thing about being a taxi driver: the power. People think us taxi drivers have to take them where they want. We don’t. The road is our friend. It won’t tell. It’s good at keeping secrets. Some people think a taxi is the safest way home. Let me tell you, it’s not.

Driving a taxi around is better than being inside, though. Yeah. Much better. It’s not that I didn’t enjoy being inside, I made some good friends. But, you know, outside is outside and inside is, well…inside. Made some money, too. There are good things about having a rep as a fighter. Not many good things but there are some. No one bothered me inside after I left that prick John ‘Pitbull’ Warren needing hospital treatment for a month. Pitbull. What a joke. More like a fucking poodle.

Now I can do what I want. 6 years was enough for me. Any more and I’d have gone crazy. Same walls, same wardens, same fucking shit every single day. I’ll be honest, I did deserve to be put away, even though that guy will think twice about trying to run away without paying his fare next time. I suppose it’s hard to run when you’ve got permanent damage to your spine.

I’m just glad Freddy gave me my job back. That’s the thing about friends. Surround yourself with good ones and you’ll never have to worry about a thing. 99% of taxi company owners wouldn’t have even looked at me twice after what happened, you know. It was on the news and everything: ‘TAXI DRIVER NEARLY KILLS FARE JUMPER.’ But Freddy’s a good man; he knows how to look after his own. Without this job I’d probably be decaying in a gutter somewhere, my pants filled with shit and piss, and vomit caked all over me.

Anyway, I’m telling you this because I’m stuck at a red light and it’s taking ages. Absolutely fucking ages. Roadworks. I would put the radio on but at this time of night on a Saturday it’s all that house music. Can’t stand it. Give me Roy Orbison or The Eagles any day.

Oh, and we’re off. Green light. I amble along with the rest of the cars, the queue like a big metal snake. I’m just another engine in the night.