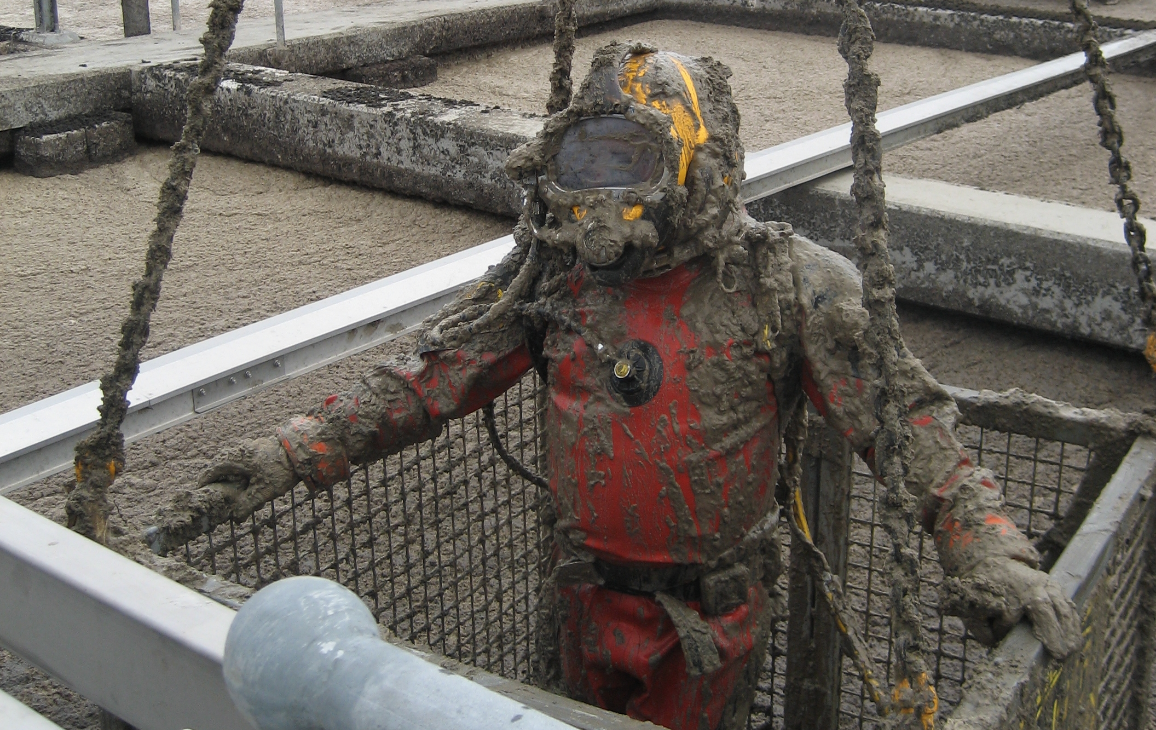 Talks a lot of shit.

There are some weird and crazy jobs out there and it seems like our friends at VICE are determined to make documentaries about each and every one of them and the latest instalment profiles a professional poo diver from Australia.

This dude’s job is literally getting getting into a horrible diving suit that looks like it’s from the 1800s and then wade around in a reservoir full of poo fixing some stuff or something. It looks kina grim but also strangely fun. Make of it what you will I guess:

Yeah I mean he seemed like a nice enough guy and it looked like kind of a fun job, but I’m still kinda puzzled as to just what he was doing diving around in poop? Like I get that they were saying they had to move some pipes around or find some stuff, but it just kinda seemed when they got in the poop they just swam around a bit and didn’t really do anything? Don’t think that the documentary really showed them in the best of lights but I guess that’s classic VICE for you really, isn’t it?

For more of the same, here are some unlucky divers who ended up covered in 100 feet of whale poo. Not so good.