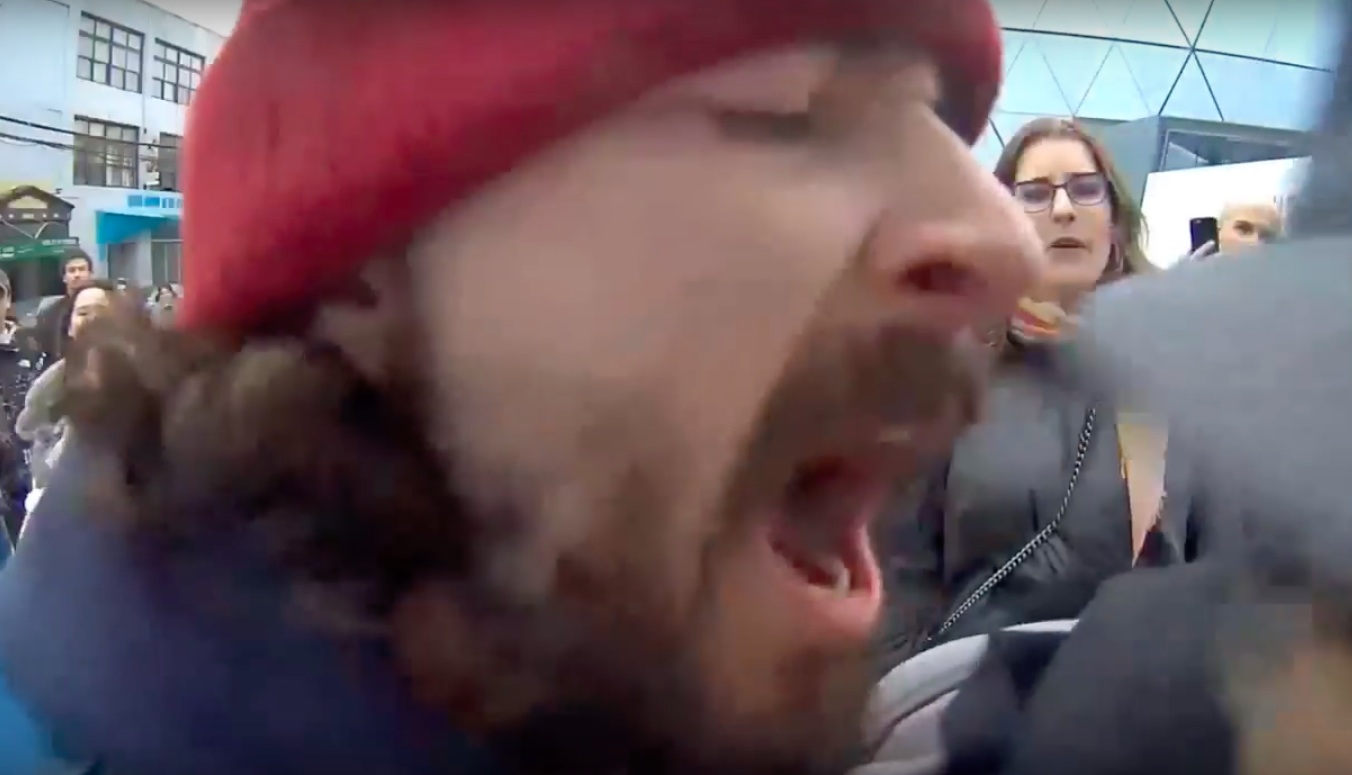 Protests broke out across America this weekend as Donald Trump became the 45th President of the United States of America. Never one to shy away from controversy and political issues, Shia LaBeouf decided to get involved by launching a four year long live-stream set up at a New York museum which people who are concerned by Trump’s presidency can use to film themselves speaking out in protest.

The project, called ‘He Will Not Divide Us’ was unveiled on Friday at the Museum of the Moving Image in Queens. Once again it’s hard to tell if he’s trolling us again – you can see in the video him acting completely nuts, shouting at one of the protestors in the face.

You’ve got to feel bad for that poor guy in the glasses. Once Shia had shouted in his ear for the fifth time, you could see he was a little confused. Good job that big guy was there to calm Shia down. So what is this? Trolling or just passionate protesting? Most likely a bit of both.

For more magical LaBeouf moments, check out the time he slapped a student in the face in an Oxford University elevator.