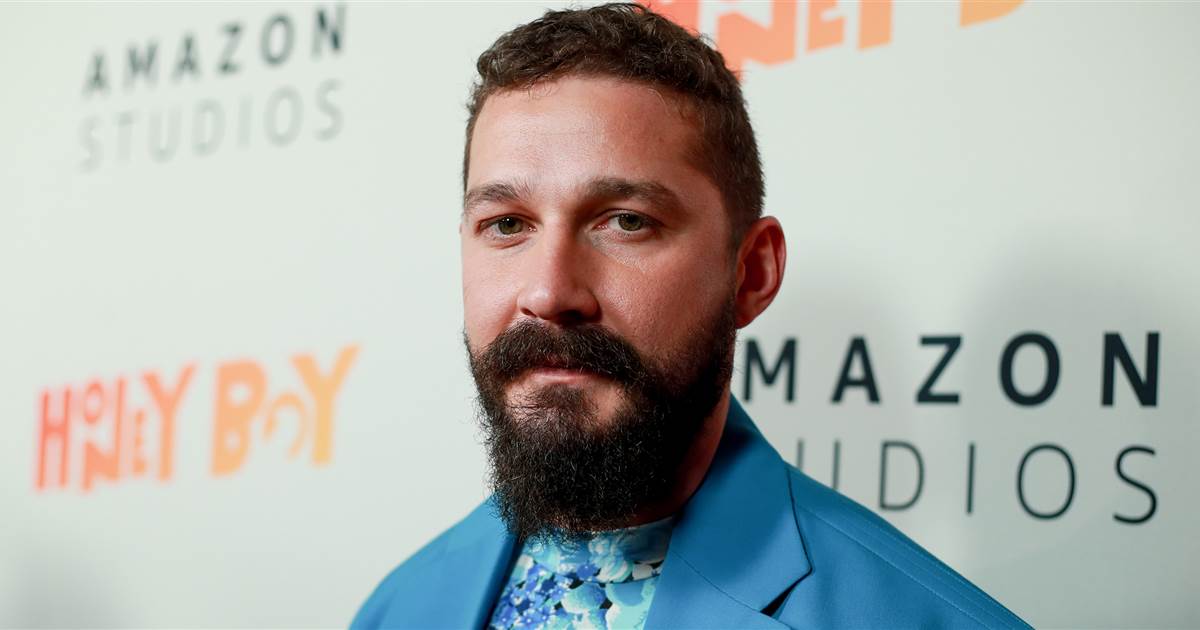 Shia LaBeouf is a grade A psycho.

Shia LaBeouf is set to star as a psychotic tax collector for a crime lord in upcoming crime thriller ‘The Tax Collector’, which requires him to look like a bit of a lunatic. But instead of just working with a make-up artist to achieve this, Shia has gone all-in on the role and got a massive number of crazy tattoos all over his chest and belly.

Shia labeouf gets tattoos from his upcoming role in the movie The Tax Collector actually tattooed on him foreal , is he one of the most downest actors of all time pic.twitter.com/6lkGDcL5fS 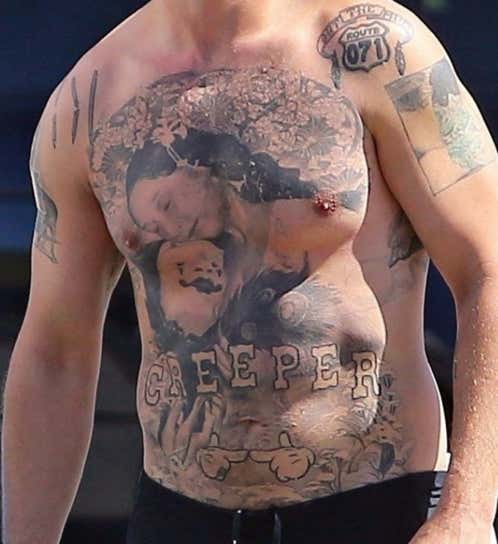 Wow. Call me crazy but I think Shia LaBeouf might regret getting the word ‘Creeper’ permanently tattooed across his stomach one day? Also why are there a pair of Mickey Mouse hands pointing to his belly button? And is that the Mona Lisa hugging a panda or something? I don’t know but I guess we shouldn’t be surprised considering he has a history of doing this stuff (Via Metro):

Shia previously got tattooed during the filming of American Honey, although that wasn’t for a character. The Disturbia actor got 12 tattoos at various tattoo parlours with the rest of the cast, including tattoos of Missy Elliott on his knees – which annoyed the director greatly as Shia kept showing up to set with different inkings at different parts of the movie.

But perhaps the most commitment he’s shown to a role – on par with his chest illustrations – was when the lengths he went to for his role as a soldier in 2014’s Fury. To play WW2 soldier Bible, Shia slashed his own face and got a tooth removed for the height of authenticity. His co-star Logan Lerman told GQ: ‘We were in make-up and they were putting cuts on Shia and I said, “Yeah, yeah, it looks good”. And Shia was like, “No it doesn’t look real”.

Slashing his own face, getting a tooth removed, getting his entire body tattooed… say what you want about Shia LaBeouf but don’t ever say he gives anything less than 100% to his movie roles. I mean this guy is as committed as it gets.

The movie looks pretty cool too. Here’s the trailer:

To meet the lad who got punched in the face by a stranger because he looks like Shia LaBeouf, click HERE. Unlucky.