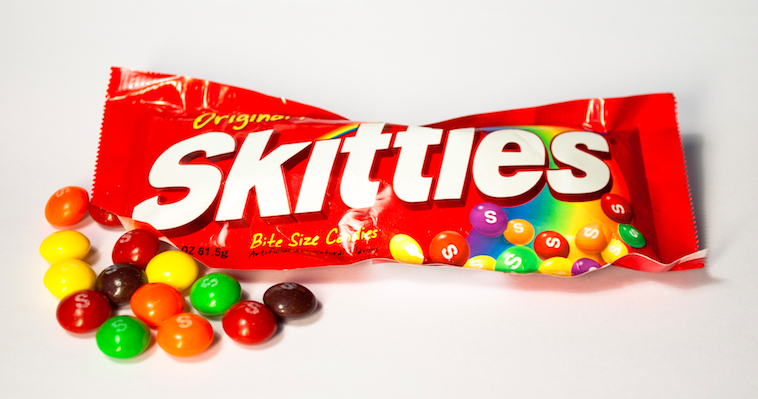 First there was Morgan Freeman getting pissed off that he couldn’t hold a baby without turning it into candy…now there is a newlywed couple getting banned for sharing the rainbow. 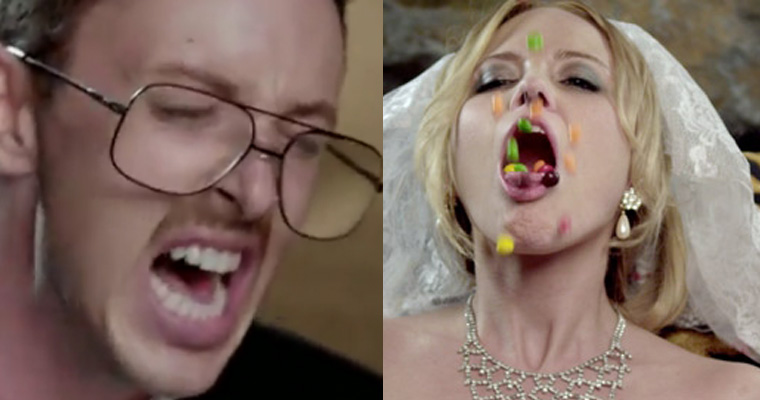 So we’ve all seen the Skittles advert where Morgan Freeman gets pissed off that he can’t touch babies and staplers without turning them to little candy treats…….obviously that was never going to get banned because it was so cute and awesome,  but this advert from the little rainbow coloured treat makers has been ousted from the tele.I appreciate that this has been around on the net for about 4 months but I’ve apparently had my head buried in the sand and thought you might’ve too so I figured I would post it up here on Sick Chirpse it is in all it’s glory.

I don’t know what you think about tasting the rainbow but I think it’s a pretty apt catchphrase for Skittles because they’re a bunch of different colours and so is the rainbow, and everyone loves rainbows so why not just combine the two? Perfect right? Well, I guess it is if you want to pretend that there indigo and violet skittles, or even that you know what colours they actually are, but for the sake of advertising and sounding good it works right? Anyway, the whole point of saying ‘taste the rainbow’ is that I guess the rainbow looks kind of refreshing, or is at least a symbol of hope or something you might have some vague interest in tasting so you might wanna pick up that pack of skittles next time you’re in the supermarket or whatever.

â˜› Check This Out Next: Best Underwear Advert Ever

I mean it’s kinda funny but it doesn’t really make me want to go out and buy a packet of Skittles right now, or maybe ever again. I mean it would probably be better for a girl as well if a guy spunked Skittles but I could imagine it would be a lot harder and hurt a lot more every time you came if a whole load of skittles came out of your dick, kinda like passing a kidney stone or something. Ouch.  Still, it’s pretty original and it got banned so that’s some pretty good publicity right there and they got some free advertising on Sick Chirpse out of it so you gotta give them some props I guess.