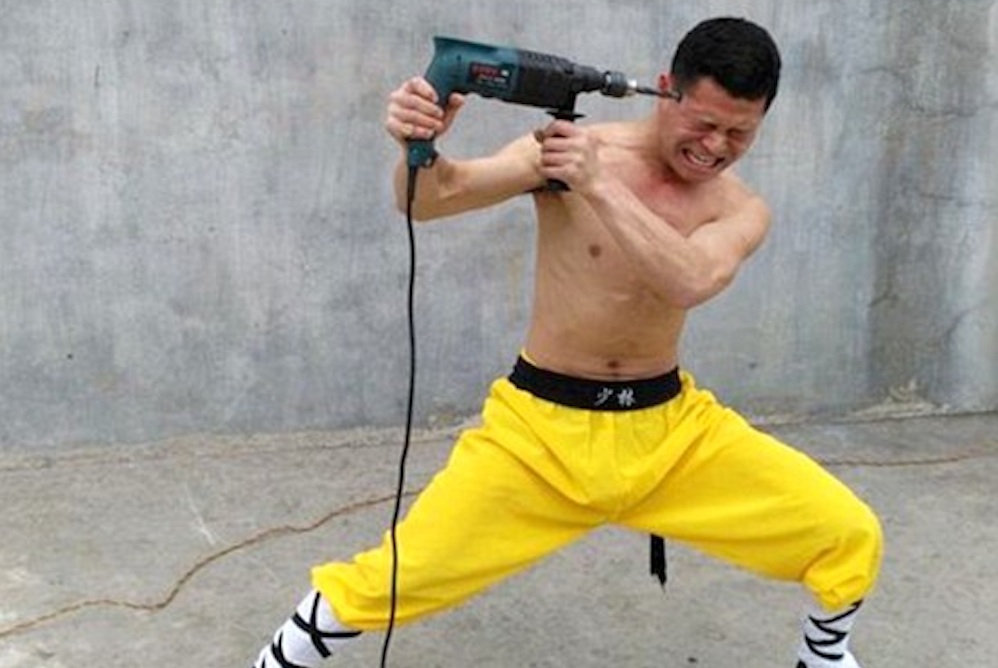 Watch him try and pierce his skin with a drill, spears, iron bars and rocks – it’s impossible.

Everyone knows that Shaolin monks are complete and utter badasses – just take a look at their training techniques if you need any evidence – but this video exemplifies the point even more.

It features a Shaolin Monk named Zhao Rui who is only 24 years old, yet has managed to train his body to be resistant to incredibly sharp objects somehow. He demonstrates his body’s capabilities in the video below, where he manages to bend an iron bar with his throat, balance his body horizontally on some spears, and pull a truck via a really sharp knife around his neck that’s attached to a rope. He also tries to drill a hole in his head to no avail.

Seriously, this is impressive stuff and you’ll definitely flinch more than once in the one minute video at some of the stuff he’s doing, because it’s absolutely mind-blowing and looks seriously painful and life threatening. I’d still like to see him try this stuff with an apocalypse knife though – they cut through bones with one slash.