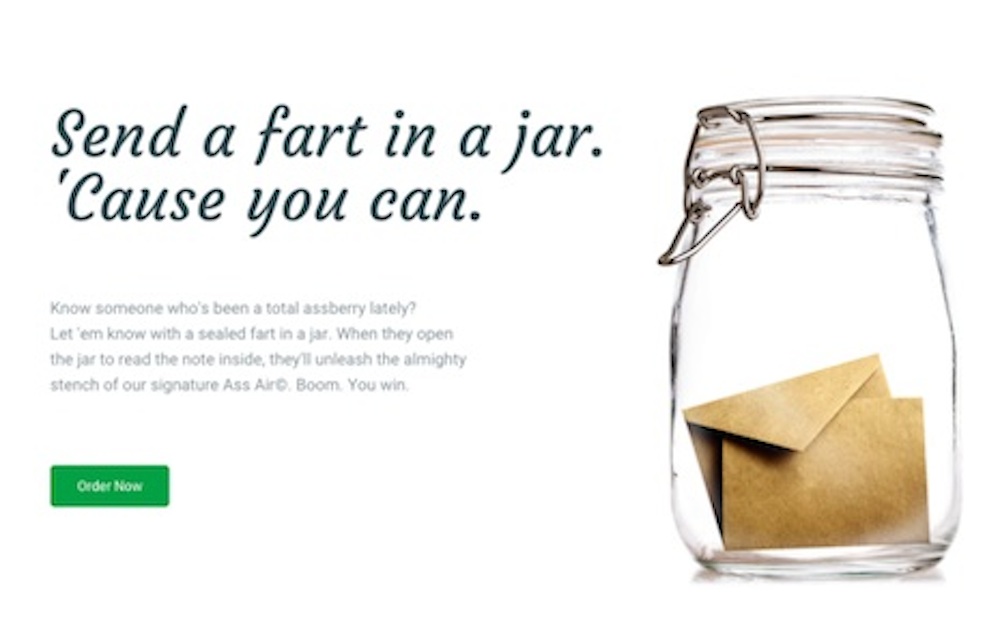 There seems to be a whole spate of mail order pranks that you can send to your enemies coming out over the past few months – with glitter bombs and bags of dicks being some of the more popular options – but the grandaddy of them all has no emerged with the option of being able to send people a fart in a jar.

Just imagine the look on your buddy/enemy’s face as they open the jar and get a whiff of that pungent aroma, then delve further down into the jar to discover the card with your personalised greeting on. The sweet smell of victory you might say. 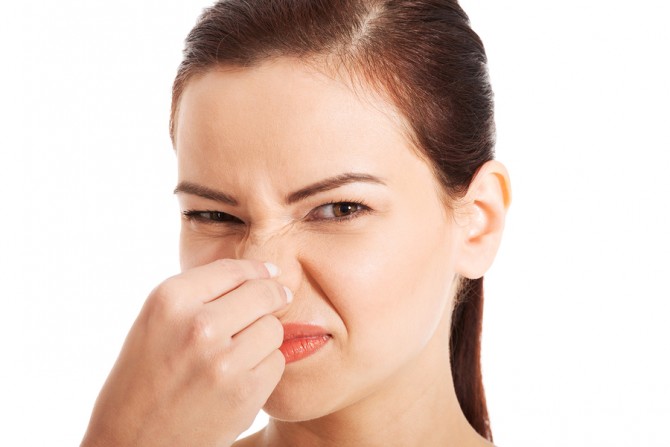 They currently cost $10 to ship and come in three different ‘flavours’ – competitive eater, hungover frat boy and eight hour trucker fart. Not sure which one of those would be more rancid to be honest, but I think I’d probably put my money on the eight hour trucker because you know that guy is going to be fat and sitting around all day letting his farts stew, ready for the big one. I don’t even know if I could send that to my worst enemy to be honest – it seems like a fate worse than death.

Unfortunately, it seems like they’re only available in the US and don’t offer international shipping. That’s ridiculous if you ask me – surely people want farts in a jar all over the world? – but it seems to be the way they’re doing things at the moment. It presents a pretty tantalising business idea for anyone in the UK who thinks they have the bowel movements to see it through though.

If you ever wanted to know what a fart looks like on a thermal imaging camera then watch this video now.