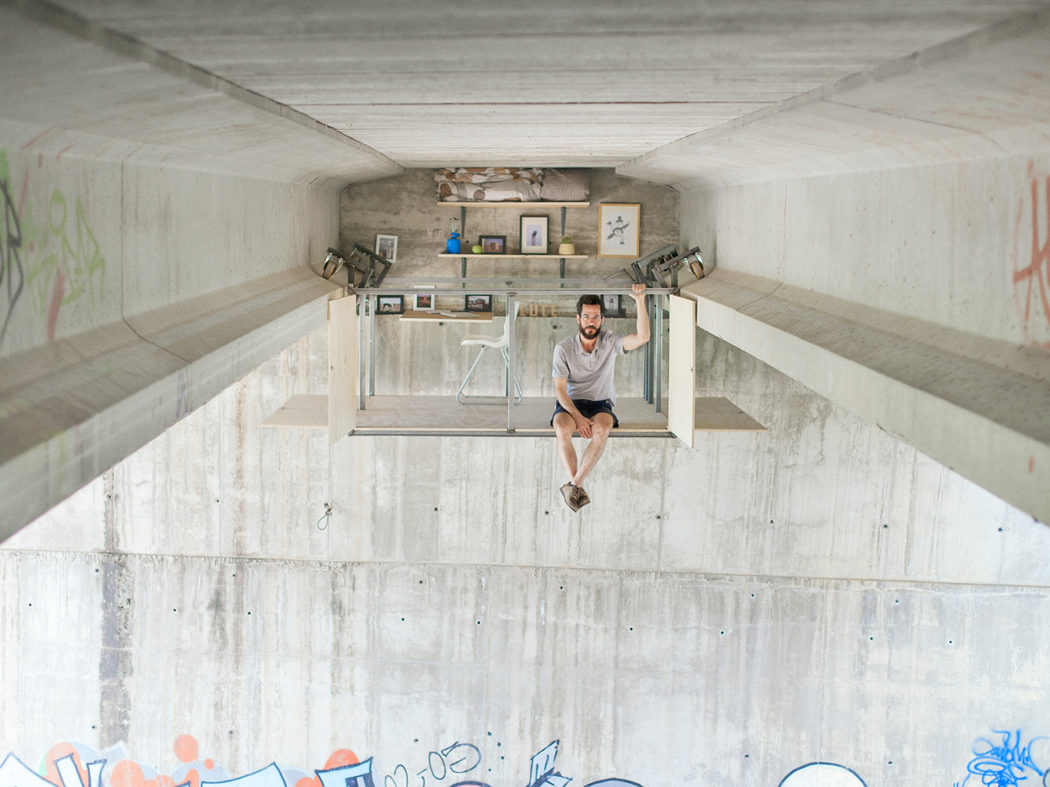 A designer over in Spain has come up with a rather ingenious way to overcome urban space shortage – by creating a pop-up studio in the underside of a traffic bridge.

The tiny workspace, situated in Valencia, was created by self-taught designer Fernando Abellanas. It can be adjusted using a hand crank, which moves its metal base from one side of the bridge to another where a shelf, desk and chair have been secured to the bridge’s wall. Abellanas said:

The cabin as a concept has been important to me since childhood.

Not the idyllic holiday cabin in the woods, but a place to take refuge in our environment.

The feeling kept hidden while still being able to hear and see what happens around us – observing passing cars and trains with no one seeing me gives me great sense of peace.

The project is an ephemeral intervention, [it will remain] until someone finds it and decides to steal the materials, or the authorities remove it.

It’s an exciting concept and one that could pave the way for workspaces in the future. With more and more people going freelance and desk rental costing nearly as much as house rent in many urban areas, freelancers are going to need to come up with innovative alternative workplaces like this in the future.

For the South Korean artist who turns her studio into stunning dreamscapes, click HERE.