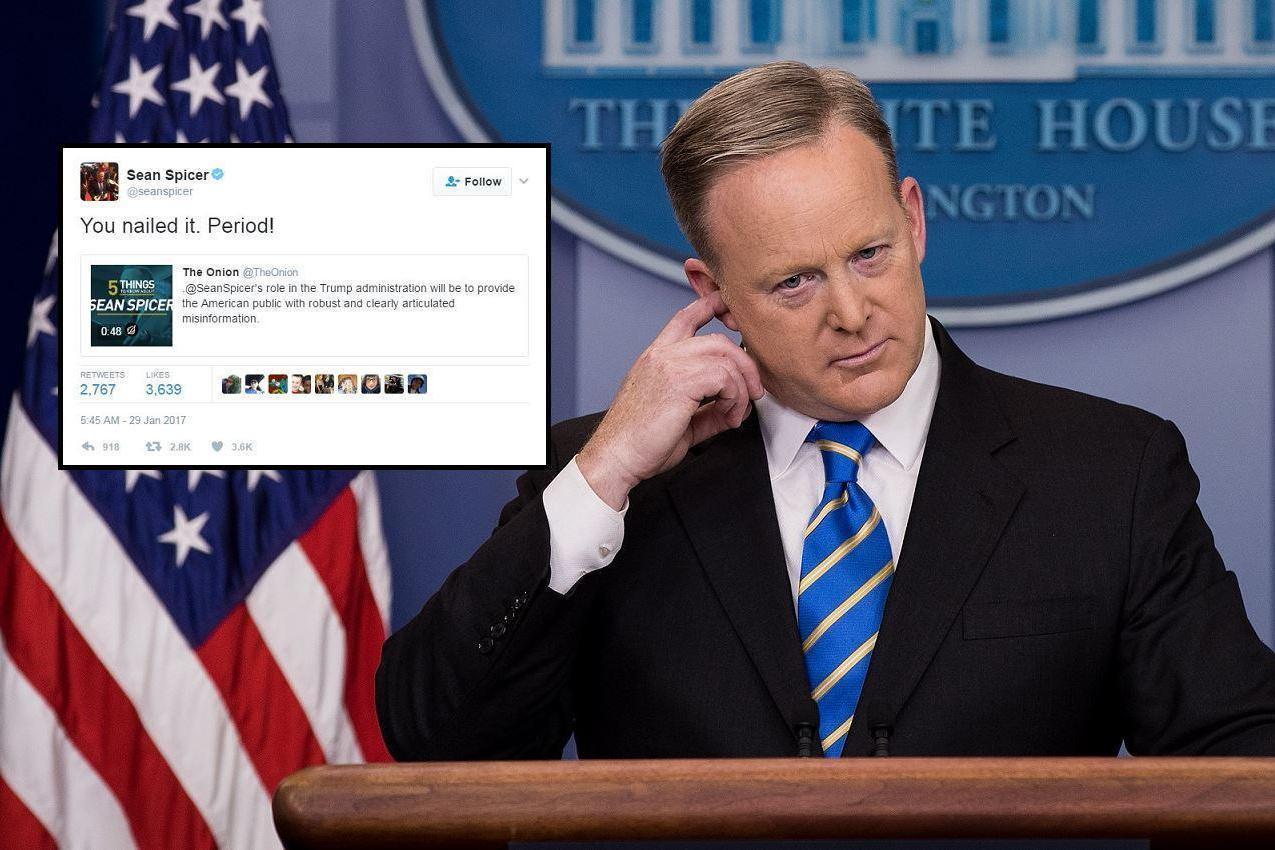 There was a legitimate concern that Donald Trump would staff the White House with complete and utter idiots upon his arrival, and his current press secretary Sean Spicer doesn’t seem to be doing anything to quell these worries.

Not only did Spicer tweet out the password to his Twitter account multiple times last week, but now he’s retweeted an article from The Onion about him thinking that it’s legit. What makes it even more puzzling is that the article isn’t even complimentary about him and says that his, “role in the Trump administration will be to provide the American public with robust and clearly articulated misinformation.” Get a load of this: 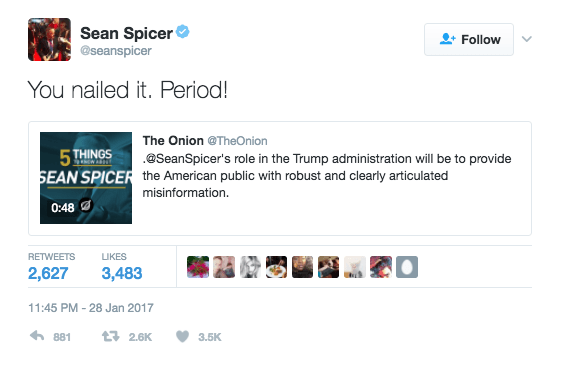 Surprisingly the tweet still hasn’t been deleted. I suppose you could argue that he actually meant to do this and he was taking the piss out of The Onion and that’s why he’s left it up, but nobody is really going to buy that when he comes across like such a bumbling buffoon who has already screwed up so many things. I’m sure this isn’t even going to be the height of the dumb shit he gets up to in the next four years either. Can’t wait to see how it continues.

In case you’re wondering, The Onion video’s ‘things to know’ include Spicer’s former role as a senior correspondent for NPR (fake), his ‘defensive’ speaking style (debatable), his questionable pocket squares and the fact that he’s knowingly lied to the press in the past. Basically, it’s not exactly very complimentary about him, making it exactly the kid of thing you shouldn’t draw attention to if you don’t want to look like an idiot. I guess that’s Sean Spicer for you though ladies and gentlemen.

For more of The Onion, here are the 33 best times that people thought that one of their articles were real. I guess it’s not just Sean Spicer, although his is probably the most bizarre.