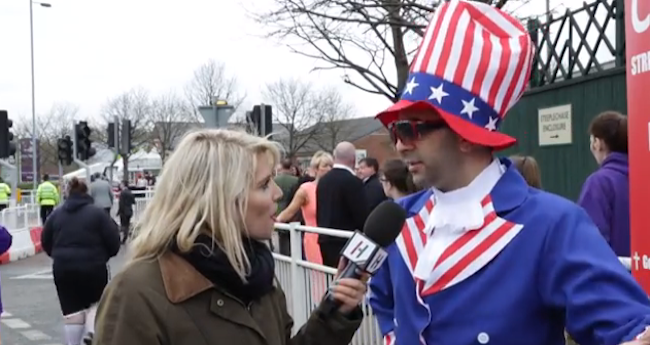 Ok, this is nothing new and it’s probably easier to do it at something like the Grand National, but it’s still funny to laugh at people pretending to know what they’re talking about.

As many of you know, it was the Grand National on Saturday and it was the perfect opportunity for some guys with a video camera to go down there and make fun of people by talking to them about fake horses that don’t actually exist, and listen to them talk like they know everything about them.

Of course, it’s probably easier to do something like this at an even like the Grand National because most people at the horses don’t know anything about them and just go down to get pissed and try their luck, whereas at other events such as football matches or festivals you assume that people at least have some knowledge about what they’re doing. However, this doesn’t make it any less funny, especially when most of the people interviewed are dumb Scousers.