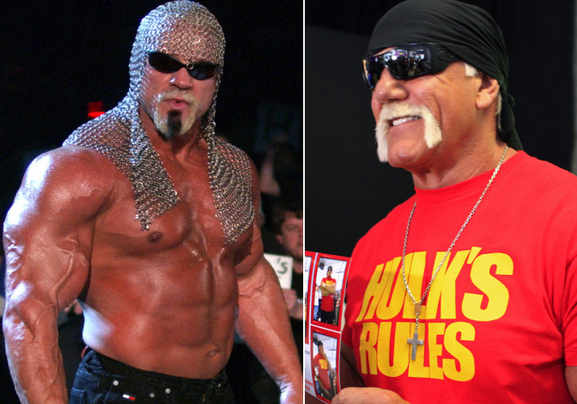 This guy is legitimately insane.

The positively bat shit crazy Scott Steiner was in town for Wrestlemania the other week (despite not having wrestled in years), but was banned from the event before even making it out of the airport after he ran into Hulk Hogan’s wife and told her he was going to “kill Terry (Hogan’s real name) as soon as he lands.”

Police are now investigating Steiner for “felony terrorist threats”. This photo also leaked from backstage at Mania which I guess was asking security to be on the look out for him: 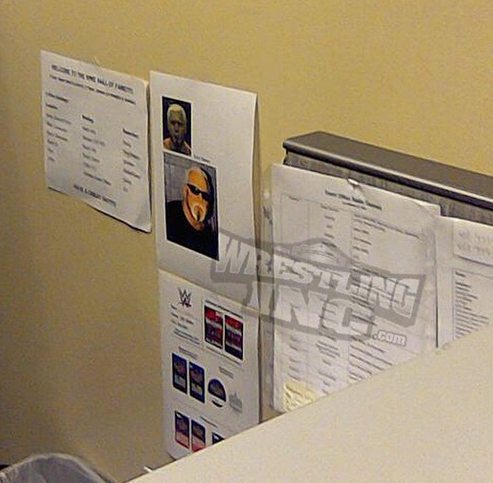 Probably a wise move, check out how nuts this guy is:

Here’s how Steiner responded to the allegations:

Steiner says he did approach Jennifer that day – but only to talk some serious smack about Hulk introducing “Macho Man” Randy Savage at his WWE Hall of Fame ceremony.

“I told her Hulk introducing ‘Macho Man’ into the Hall of Fame is bullsh*t … He hated him. Everyone knew that.”

Steiner says there were cops nearby during the airport incident – “So if she felt her life was threatened, why didn’t she talk to the cops?” (VIA)

Will they figure out a way to turn this into an on-screen storyline? Probably not considering Hogan is like 90 years old and Steiner is legitimately insane. Maybe if he’d threatened to kill Goldust or someone that people don’t really care about anymore it wouldn’t have been a problem. But the day you threaten to kill Hulk Hogan is the day you get cut off from the wrestling world every time. Sorry Steiner.