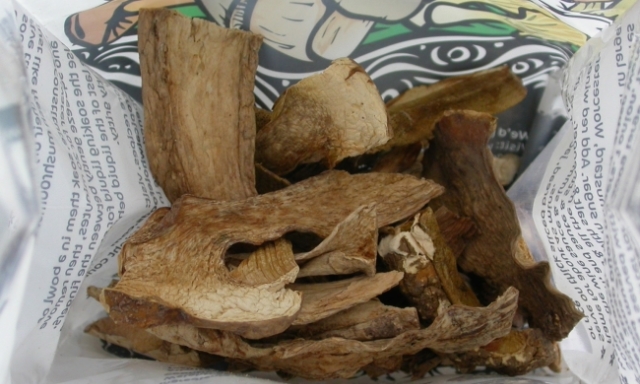 Scientists in the UK have discovered three new mushroom species in a packet of dried mushrooms being sold commercially in a London shop.

Two UK scientists have identified three new species of mushroom. While this may sound uninteresting (and let’s face it, normally it would be), considering the mushrooms were found in a commercially sold packet of dried mushrooms bought at a London grocery store, this discovery warrants some attention.

The mycologists, or biologists who study fungi, work for Kew Royal Botanical Gardens. An announcement on Kew’s website about the find states that all 15 pieces of mushroom the scientists tested from the packet contained DNA sequences from species that have not yet been named scientifically, making them new species to science. The mushrooms were being sold as Chinese porcini mushrooms; however, that was the one species not found in the packet. 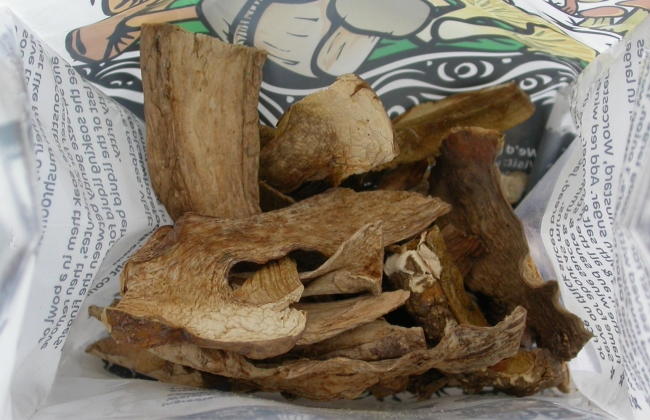 China is a major exporter of porcini mushrooms, one of the most commonly sold types of edible mushrooms. Most of China’s porcinis are exported to Europe. Porcinis are considered one of the safest mushroom species to eat, as there are no known poisonous mushrooms that resemble them.

Research at Kew has proved, however, that there are many types of unidentified mushrooms of the porcini type. Part of the problem is that porcini mushrooms are usually gathered from the wild, as opposed to being cultivated, so documentation of the exact species of mushroom being collected can be difficult, especially in regions that science has yet to thoroughly examine. The Kew scientists say they hope their research can help governments improve food safety and the preservation of natural species.

Before you freak out, it should be pointed out that just because these mushrooms are scientifically unknown doesn’t mean they are unknown to the people gathering and selling them. No known illness or fatalities have been traced to these mushrooms. It does beg the question, however: What the hell are we eating?