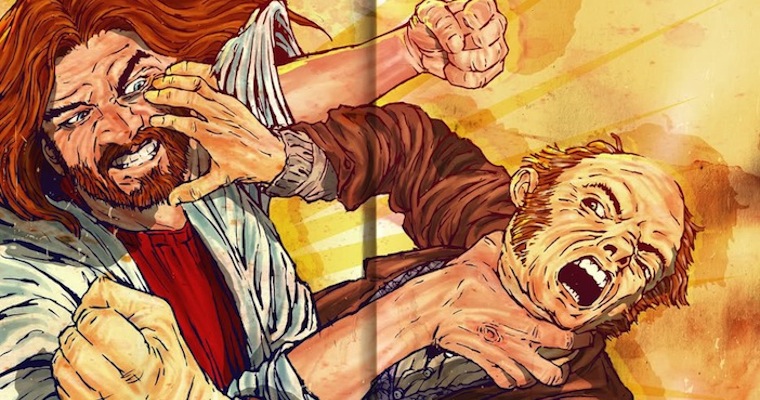 Staunch atheist and author of bestselling anti-religion book The God Delusion, Richard Dawkins takes on Al-Jazeera’s Mehdi Hassan, firm believer and practiser of the Muslim faith in one of the most interesting and intelligent Science Vs Religion debates you will ever see.

Tired of the Science Vs Religion debate? I thought I was, until my contempt for all things religion was rejuvenated by Richard Dawkins’ calm and collected crushing of Al-Jazeera’s “moderate Muslim” Mehdi Hassan, who can’t possibly be this nice off camera when someone craps all over his beliefs the way Dawkins does.

Does God exist? Is religion a force for good or evil? Can religion and science live hand in hand? These are among the questions Hassan poses to Dawkins, who offers a barrage of unapologetic responses.

Hassan deserves credit for keeping his cool and not murdering the non-believing Dawkins right there in front of everyone, and you also have to in a way admire the stubbornness of someone who can have/watch a conversation like this and STILL walk away from it a Bible/Quran/Holy Book-bashing ignoramus.

Also, credit to the point Hassan makes about Dawkins’ multiverse theory requiring a similar leap of faith to that which is required by a religious person. While Science certainly gives us more feasible, testable answers than Religion will ever be able to, there is no purely legitimate way to prove the PHYSICALITY of multiple universes.

At the end of the day, I suppose Science and Religion are going to have to learn how to co-exist. As long as we’re not shoving our own personal beliefs down the throats of others, we are free to make our own choice as to whether we’d like to live a godless existence or one where there’s a big bearded man in the sky watching and criticising our every move.  I don’t doubt that plenty of good has come of religion, but no one can doubt plenty of bad has come of it either. Shame there’s no real way of ascertaining the ratio.

â˜› Check This Out Next: The Swift Mental Decline Of A Televangelist

Watch the video for what I think is the best Science/Religion debate I’ve ever heard. It’s over before you know it.