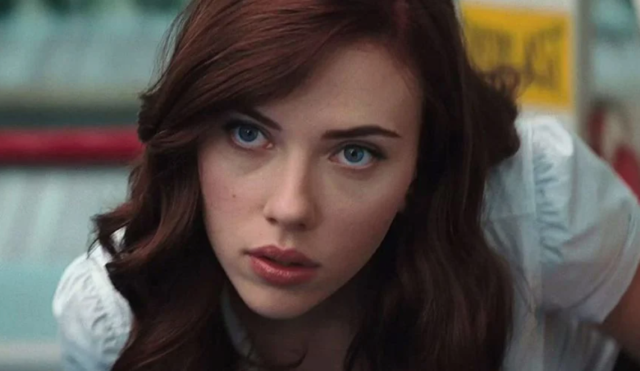 What did she think was the point of those leather outfits?

If Scarlett Johansson wasn’t a beautiful woman with a fantastic body, would she even have been cast as Black Widow? Probably not, but she’s still spoken out ahead of the film’s release about the way her character has been treated as ‘a piece of ass’ in past films.

While on set for her first standalone film in the franchise, Johansson shared her contempt for the hypersexualisation of her character, also known as Natasha, specifically in the “Iron Man” sequel.

I mean, you look back at ‘Iron Man 2’ and while it was really fun and had a lot of great moments in it, the character is so sexualized, you know?

Really talked about like she’s a piece of something, like a possession or a thing or whatever — like a piece of ass, really. And Tony Stark even refers to her as something like that at one point. What does he say? ‘I want some.’

At one point [Tony] calls her a piece of meat, and maybe, at that time, that actually felt like a compliment.

Johansson does acknowledge that her character uses her sexuality as both “a means to feel” and a tactic to manipulate the people around her, so I’m not sure what she’s complaining about really. Interesting move to come out and pretend like she feels marginalised and objectified while agreeing to millions of dollars to keep playing the role, though.

As Johansson herself suggests, Black Widow is a hypersexualised character. So doesn’t it make sense that she would be hypersexualised in the Marvel movies? I mean, I’m not saying that Scarlett Johansson isn’t a talented actress, but why does she think she got the role, primarily? It’s because she looks incredible!

Plus it’s not like Black Widow is hypersexualised and nothing else. She’s also a smart, fearless, cunning badass. Doesn’t need anyone to come save her because she’s too good at kicking ass on her own. It just feels like Johansson is using the whole #MeToo thing and resentment for scumbags like Harvey Weinstein to actually try and make us feel bad about a fictional character being sexualised in a movie. Come on now – if the movie’s good, that’s all you should care about.

For the man who built a scarily realised Scarlett Johansson robot from scratch, click HERE. Yikes.